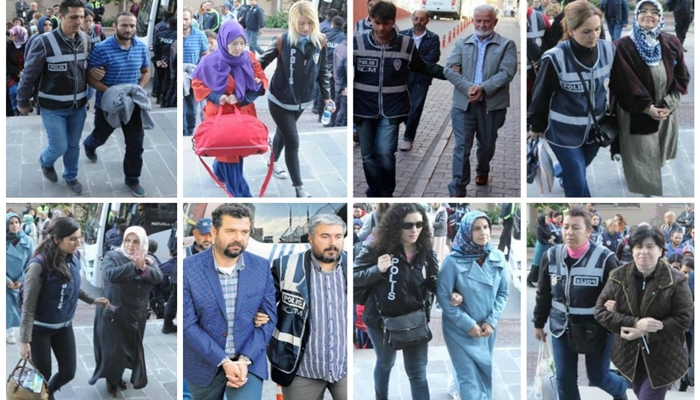 Turkey’s main opposition Republican People’s Party (CHP) has received over 35,000 complaints from citizens who were affected by a massive purge undertaken by the Justice and Development Party (AKP) government immediately after a July 15 coup attempt.

The main opposition established a commission to evaluate the cases of victims, mainly comprising civil servants who have been dismissed from their positions as well as relatives of people who have been detained or arrested. According to the CHP, among the people filing complaints are academics and students from military schools and universities that were shut down after the military coup attempt.

Some people who were not placed in any government position in 2010 due to alleged misconduct in the Public Servant Placement Exam (KPSS) also submitted complaints to the CHP seeking their rights. The CHP registers and assesses the complaints and questions those submitting them to understand whether they have any real links to the coup. One of the questions asked is whether victims have a smart phone application named ByLock as it has been accepted as evidence of ties to the Gülen movement, which the government chose to name “FETÖ” in an effort to label the movement as a terrorist organization. Numerous people have been arrested in Turkey for downloading this application to their phones.

The CHP has reportedly been trying to understand whether the application has been developed and used by Gülen movement sympathizers and if it is concrete evidence of terrorist links.

Party Chairman Kemal Kılıçdaroğlu also weighs the complaints and speaks with victims who have been affected by the purge.
More than 100,000 people have been purged from state bodies and over 32,000 people arrested since the coup attempt. Arrestees include journalists, judges, prosecutors, police and military officers, academics, governors and even a comedian.