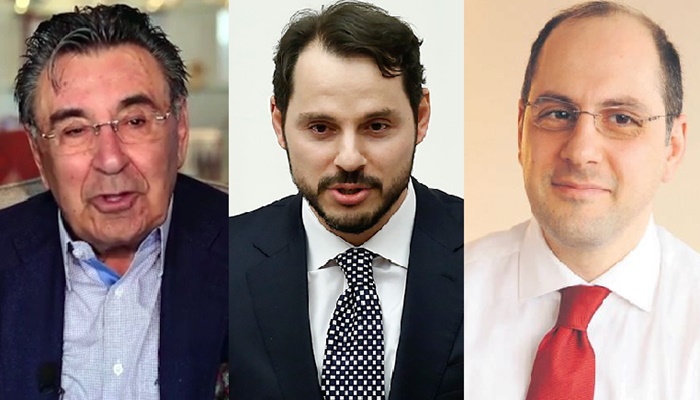 Media mogul Aydın Doğan urged his staff to soften its criticism of the government in a 2014 meeting that included editors and columnists in media outlets run by the Doğan Group, an audio tape recorded by the brother of Berat Albayrak, President Recep Tayyip Erdoğan’s son-in-law and current energy minister of Turkey, reveals.

The Turkish Marxist–Leninist-Maoist computer hacker group said it had hacked the email account of Berat Albayrak and released some of the content of the correspondence.

It threatened to disclose 20 GB of secret information if the Turkish government fails to release Alp Altınörs, deputy co-chairperson of the pro-Kurdish Peoples’ Democratic Party (HDP), and prize-winning novelist and journalist Aslı Erdoğan by Monday.

The audiotape appears to have been recorded in the Hürriyet building. Turkish media tycoon and businessman Doğan is the founder of Doğan Holding, which also owns the Hürriyet newspaper.

During the meeting with his staff, Doğan is heard sharing his decades of experience in the media sector, speaking about the challenges he had to endure during that time. He says most of the leading actors in the media sector failed in Turkey but that he somehow managed to survive.

His time in media was full of struggles with governments, with those who were in power, and he was always subjected to tremendous pressure by the authorities. Recently, he claims, he had to give up some of his fortune due to unjust tax penalties imposed on him.

He asks his staff, editors, columnists and managers of media outlets run by the Doğan Group, to back him in the face of government pressure, telling his employees he has always supported them during his 36 years in the profession. But while seeking support from his staff, his main request is from columnists and editors to soften their criticism of the authorities and the government, citing the delicate situation of his media business.

Since the 1940s, he underlined, no key figure in the media business has survived; all went bankrupt or sold their media outlets to avoid collapse. He cites names of numerous media bosses who failed in the sector.

“Do I have to get into trouble every day for what you write?” he is heard warning his columnists, referring to the political pressure on him. “Don’t be obsessed with political matters; diversify your subjects, the way journalism is supposed to be conducted,” Doğan tells his staff.

Critics of Doğan say his media group has recently turned increasingly pro-government. This recording of two years ago explains how Doğan tried to steer the editorial line of his media outlets by softening its criticism of authorities to avoid further challenges and more pressure on him and his other businesses.