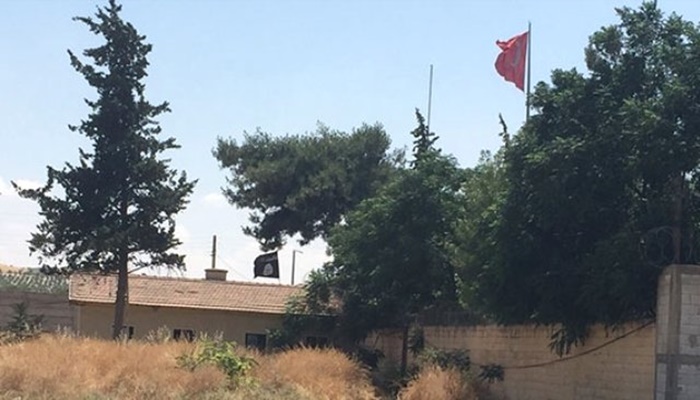 Turkey and Western-backed moderate rebel groups are preparing to launch an attack to the Syrian border town of Jarablus, the last stronghold of the terrorist Islamic State in Iraq and the Levant (ISIL) across the Turkey-Syria border, to dislodge the last elements of the radical group from the town, rebel sources told Reuters on Sunday.

The Al Jazeera Turk also ran a similar story after talking to rebel commanders in Turkey, and reported that hundreds of rebel fighters linked with the West-backed Free Syrian Army (FSA) are planning to launch an attack at Jarablus from the Turkish territory.

The plan aims to deal a blow to Kurdish ambition to link its fragmented zones under its control in northern Syria across the Turkish border. Recently, the Syrian Democratic Forces (SDF), a group dominated by the Kurdish People’s Protection Units (YPG), took control of Manbij from ISIL in an operation backed by the US-led international anti-ISIL coalition.

Turkey is strongly against a new Kurdish statelet across the long Syria-Turkey border.

On Saturday Turkish Prime Minister Binali Yildirim said that Ankara would play a more active role in addressing the conflict in Syria in the coming six months to stop it being torn along ethnic lines, the Reuters reported.

Before an anticipated operation, a rebel commander told Reuters that ISIL pulled families of its fighters and personnel out of Jarablus.

Still, any operation will be a difficult task, the same rebel commander said, suggesting that Jarablus has already been mined and there will be a fierce resistance to the FSA militants.

Earlier in the day, the Turkish military offered an explanation over intensified military activities across the border, especially in the area that surrounds Karkamis and overlooks Jarablus.

The state-run Anadolu news agency reported that the Turkish military has struck positions in Jarablus after rockets from ISIL-held town hit Turkish territory.