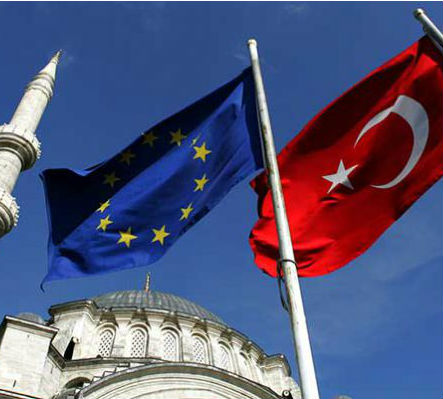 Turkey’s Ambassador to the European Union (EU), Selim Yenel, returned the EU’s 2016 progress report on the country to the European Parliament (EP) without putting it into effect, citing the call included in the report for recognizing the 1915 Armenian killings by the Ottomans as “genocide.”

The EU progress report on Turkey passed EP in April with 375 votes against 133. However, the report was delivered to the Turkish ambassador to the EU on Friday. Turkish news outlets reported that the rejection is based on the parts referring to the calls for recognizing the “Armenian genocide.”

Turkey has been working towards its goal of accession to the EU for 11 years now. However, the incident marks the second time Turkey returns an EU progress report. According to the Hürriyet daily, the report mainly focuses on the Turkish government’s ongoing crackdown on the media and the Kurdish issue. Among other criticisms directed to Turkey are problems in judiciary, fundamental rights and liberties and security, which according to the report require immediate reforms.

Two weeks ago, the German parliament passed a symbolic resolution that labels the killings of Armenians during 1915 and 1916 a “genocide” by Ottoman forces. Later in the same day, Turkey called back Turkish Ambassador to Berlin.

Turkish President Recep Tayyip Erdoğan harshly criticized Germany’s move. He stated that there are currently over a million documents regarding the 1915 events in the Turkish archives, which were studied. The president once again challenged foreign countries claiming a “genocide,” saying that they could send their lawyers, historians and archeologists to examine the Turkish archives to enlighten the Armenian killings.