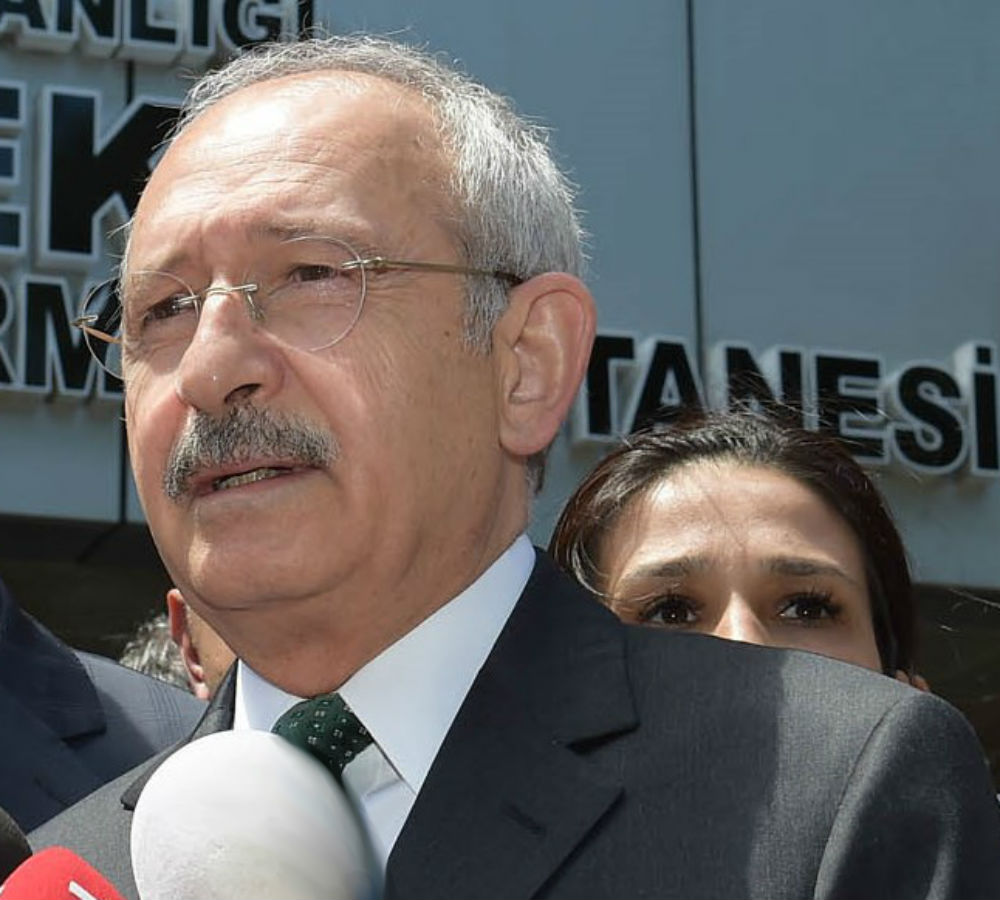 Main opposition Republican People’s Party (CHP) leader Kemal Kılıçdaroğlu called for all the parties in the Parliament to take a joint stance against terror, after a terrorist attack killed 3 and injured more than 30 in Mardin’s Midyat district.

A bomb-laden car was detonated reportedly by Kurdistan Workers’ Party (PKK) terrorists in front of the Midyat Police Department around 11 a.m. on Wednesday.

CHP leader Kılıçdaroğlu visited those who were injured in Tuesday’s bomb attack and receiving treatment at the Haseki Training and Research Hospital and Cerrahpaşa Medical Faculty Hospital and wished them a quick recovery.

Speaking to the press, Kılıçdaroğlu emphasized that they are as CHP ready to do all they can do to fight and prevent terror.

“A bomb exploded here while innocent people were on way to their offices, and some of them lose their lives. Why our police officers, who provide our safety, lose their lives [in terror attacks]? Of course, I think that we must take a joint stance against terror in order to get rid of it,” Kılıçdaroğlu added.

Demirtaş said, “I am making a call to the prime minister and the leaders of the political parties, which have groups in Parliament. Let all four of us get together and hold talks to end the bloodshed. If we cannot solve this issue until a deadline we will set, let us resign.”

The PKK is designated as a “terrorist organization” by the United States (US) and the European Union (EU), as well as Turkey. The 32-year-old conflict, which has claimed more than 40,000 lives, halted in March 2013 as part of the settlement process initiated between the PKK and the Turkish government. However, the PKK ended the ceasefire in the summer of 2015.

It was reported that a total of 539 members of Turkish security forces have been killed either in the clashes with the PKK or in the bomb attacks carried out by the PKK since June 2015.