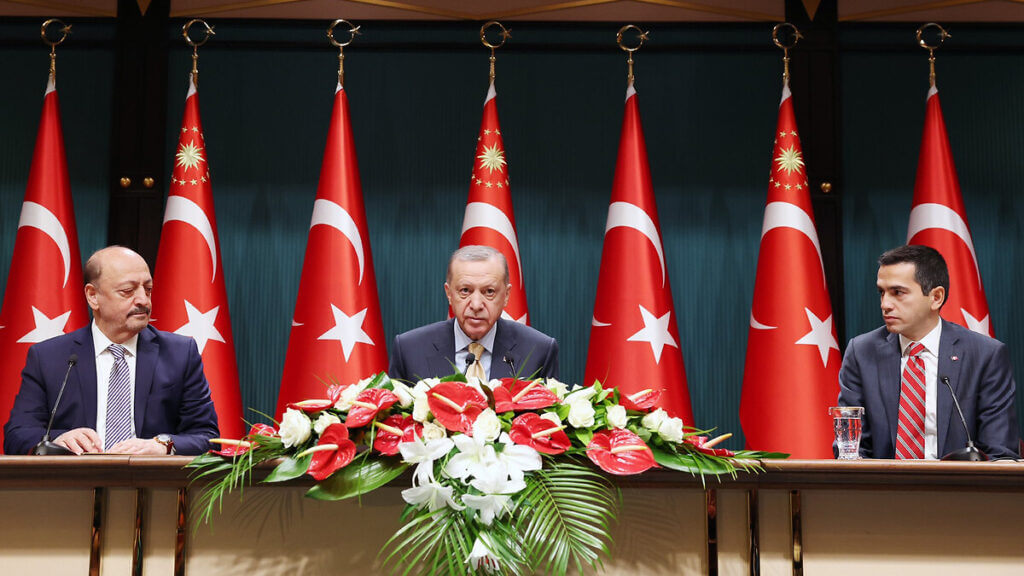 Turkish President Recep Tayyip Erdoğan on Thursday announced the third major minimum wage hike in a year to try and combat a historic jump in consumer prices ahead of the 2023 elections, Agence France-Presse reported.

More than 40 percent of Turkey’s workforce earns the lowest income allowed by law.

Erdoğan relied on support from the working classes to rise to power nearly two decades ago and will need it again to secure re-election in June.

But Turkey’s poor have been hit the hardest by an economic crisis that has seen the official annual inflation rate reach 85 percent.

On Thursday the Turkish leader said the country would boost the monthly take-home pay to a minimum of 8,500 lira ($455).

Erdoğan’s approach set off a currency crisis that saw the lira lose nearly half its value in a matter of weeks late last year.

The government has responded by spending its reserves on currency support measures and imposing complex economic rules aimed at bringing inflation under control.

Erdoğan promised on Thursday that inflation wiould slow to 20 percent by the end of next year.

“We will witness a rapid decline of inflation rates starting this month,” he said in televised remarks.

The central bank was expected later Thursday to keep its benchmark interest rate at 9 percent.

Turkey’s official inflation rate of 84.39 percent means that banks lose 75.39 percent of a loan’s value if they lend money for a year at the official interest rate.