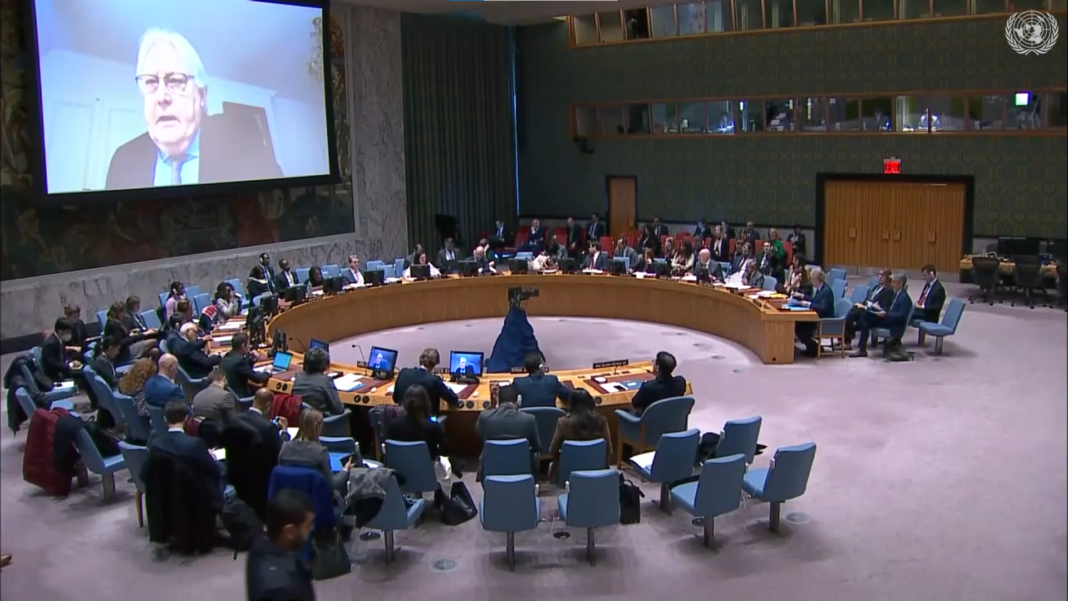 UN Special Envoy for Syria Geir Pedersen told the UN Security Council on Tuesday that there is a “worrying and dangerous” trend towards military escalation in the country, appealing for restraint.

“In repeated briefings, I have warned of the dangers of military escalation in Syria. I am here in person today to tell you that escalatory dynamics are taking place, and this is worrying and dangerous,” Pedersen said, emphasizing that Syria needs less military activity and more focus on the political process.

Pedersen said the ramp-up in military operations has the potential to unravel a strategic stalemate in the war that has brought relative calm for almost three years.

Pedersen reported that in recent months, mutual strikes have slowly increased in the north between the Kurdish-led Syrian Democratic Forces (SDF) on one side, and Turkey and armed opposition groups on the other, with the violence spilling over the border.

Following a deadly bombing in İstanbul earlier this month, Turkey launched airstrikes on what it said were terrorist targets across northern Syria and Iraq. Turkey also reported SDF strikes on Turkish forces, armed opposition-controlled areas and inside Turkish territory.

“Let me therefore call loudly and clearly on all actors to restrain themselves and engage in serious efforts to reinstate the calm, move towards a nationwide ceasefire and a cooperative approach to counter-terrorism in line with international humanitarian law.”

Ankara said last week it was more determined than ever to secure its Syrian border from attacks by Kurdish forces, following a blast in central İstanbul that killed six people and wounded 81 on Nov. 13, threatening a ground operation “at the most convenient time.”

Turkey has blamed the attack on the Kurdistan Workers’ Party (PKK), but the outlawed group has denied any involvement.

Designated as a terrorist group by Turkey and much of the international community, the PKK has been waging an insurgency against the Turkish state since 1984 that has claimed tens of thousands of lives.

Turkey announced on Nov. 20 it had carried out airstrikes on semi-autonomous Kurdish zones in northern and northeastern Syria, and across the border in Iraq as part of an offensive codenamed Operation Claw-Sword.

The Turkish raids have killed at least 63 Kurdish and allied fighters and Syrian regime soldiers as well as a Kurdish journalist, according to the British-based Syrian Observatory for Human Rights, which relies on an extensive network of sources in Syria.