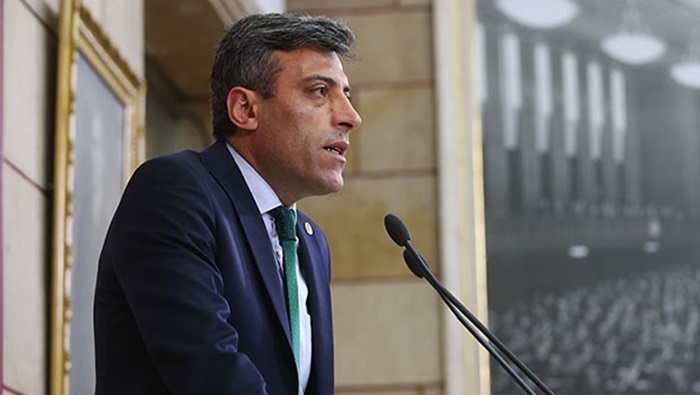 A former diplomat who was held hostage by the Islamic State in Iraq and the Levant (ISIL) for 101 days in 2014 and recently said he would run in next year’s presidential election openly accused the ruling Justice and Development Party (AKP) of collaborating with the terrorist group, local media reported on Monday, citing a column by the T24 news website’s Candan Yıldız.

Öztürk Yılmaz, Turkey’s former consul general in Mosul, was taken hostage by the terrorist organization along with 48 staff members and dependents at the consulate after it was raided on June 11, 2014. All the hostages were released in October of the same year.

Yılmaz, who started his political career with the main opposition Republican People’s Party (CHP) in 2015, was expelled from the CHP in 2018 and founded the Innovation Party (YP), which he currently chairs, in 2020.

Yılmaz announced during a meeting with his party’s members over the weekend that he would stand as a candidate in Turkey’s 2023 presidential election, saying he wanted to “fight, settle old scores and completely change the system that President Recep Tayyip Erdoğan established.”

“I had resisted [as a hostage] for 101 days. … But the low life here, the dishonest [politicians], threw us under the bus. They cooperated with ISIL to get money and oil in Syria, they sold us out. The ISIL case will crush the AKP,” Yıldız quoted Yılmaz as saying during his party’s first extraordinary congress held on Nov. 13.

Yılmaz further said he had secretly made 550 phone calls during those 101 days but couldn’t get Turkish officials to have Turkish troops fight off the ISIL militants holding them hostage and that Turkey’s intelligence officers were also withdrawn from the territory prior to the ISIL raid. He said he couldn’t even get through to then-foreign affairs undersecretary Feridun Sinirlioğlu.

Yıldız said such “striking allegations” should be investigated despite the passage of time and that the truth should be revealed.

According to the columnist, Yılmaz told her about a special operations officer identified only by the initials A.Y. who was assigned to the consulate a few days before the ISIL raid and who allegedly helped the militants take 49 people hostage.

When asked about the 550 phone calls, Yılmaz said he had two mobile phones and handed over only one of them, hiding the other in order to be able to secretly communicate with the government.

“After I made a call, ISIL immediately carried out a search. [I was thinking], ‘How could they know that I was talking [on the phone]?’ It turns out that they were being informed by Ankara,” the politician told Yıldız.

He further said he gave the coordinates of the ISIL members’ location to government officials during the phone calls, telling them to bomb that location, but to no avail.

Yılmaz explained what happened after they were released. “When we brought our [consulate] people to the border, no one knew about it. They said [it was the result of] a ‘domestic operation’ in the newspapers the next day. … I was the one who brought the people to the border. No one came for us for nine hours.”

Yılmaz said he wanted to confront Erdoğan one-on-one over the 2014 raid, the columnist said.