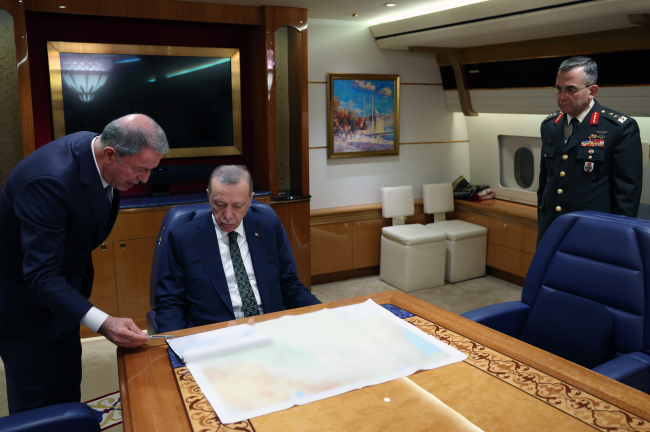 “We have been on top of the terrorists for a few days,” Erdoğan said in a televised address. “We will soon root out all of them with our tanks, artillery and soldiers, God willing.”

The government has blamed the Nov. 13 bombing on the outlawed Kurdistan Workers’ Party (PKK), listed as a terrorist group by Turkey and much of the international community.

The United States late on Monday urged de-escalation, and Russia said on Tuesday it hoped Turkey would exercise “restraint” and refrain from “excessive use of force” in Syria.

Erdoğan said his government knew “who protects, arms and encourages those terrorists,” in a veiled reference to Washington, which relied heavily on Syrian Kurdish forces in the fight against the Islamic State in Iraq and the Levant (ISIL).

“The road has come to an end for those who think they can keep Turkey waiting by playing with letters and changing the name of the terrorist organization,” said Erdoğan.

Turkey considers the Syrian Kurdish militants a terrorist group linked to the PKK.