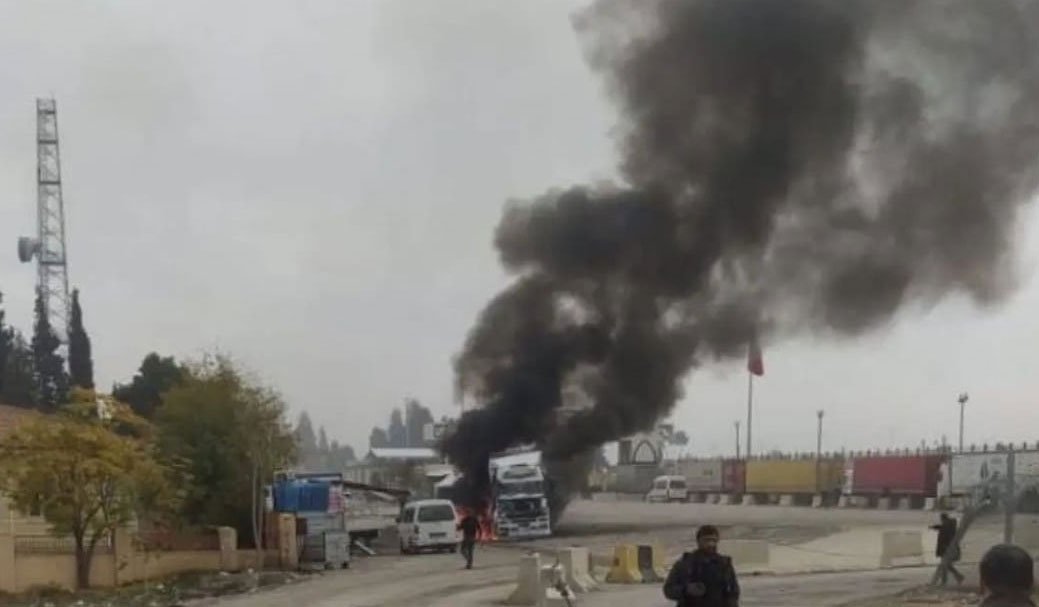 Interior Minister Süleyman Soylu said five rockets were fired from Syria towards Turkey, which killed one child and one teacher in the Karkamış district of the Gaziantep province in southeastern Turkey.

Six people were also injured — two of them seriously — due to the rocket fire, according to a statement from Davut Gül, the governor of Gaziantep.

According to Anadolu, the strikes hit a high school and two houses as well as a truck near the border crossing that links Karkamiş to the Syrian town of Jarablus.

Images on Anadolu showed shattered windows at a school as well a truck in flames.

On Sunday, rockets fired from Syria wounded six policemen and two soldiers when they struck a border crossing.

Turkey on Sunday carried out air strikes against the bases of outlawed Kurdish militants across northern Syria and Iraq, which it said were being used to launch “terrorist” attacks on Turkish soil.

The offensive, codenamed Operation Claw-Sword, comes a week after a blast in central İstanbul killed six people and wounded 81, an attack Turkey has blamed on the outlawed Kurdistan Workers’ Party (PKK).

The PKK has waged a bloody insurgency there for decades and is designated a terrorist group by Ankara and its Western allies. But it has denied involvement in the İstanbul explosion.

Meanwhile, the US Embassy in Ankara condemned Monday’s rocket attacks in a statement on Twitter, expressing its sympathies for the lives lost.“The U.S. Mission joins the people of Türkiye in mourning the three innocent lives lost today in Karkamis. We strongly condemn this violent and unjustified attack,” said the embassy statement.

The U.S. Mission joins the people of Türkiye in mourning the three innocent lives lost today in Karkamis. We strongly condemn this violent and unjustified attack.