[OPINION] Erdoğan leaning into chaos to win the upcoming elections 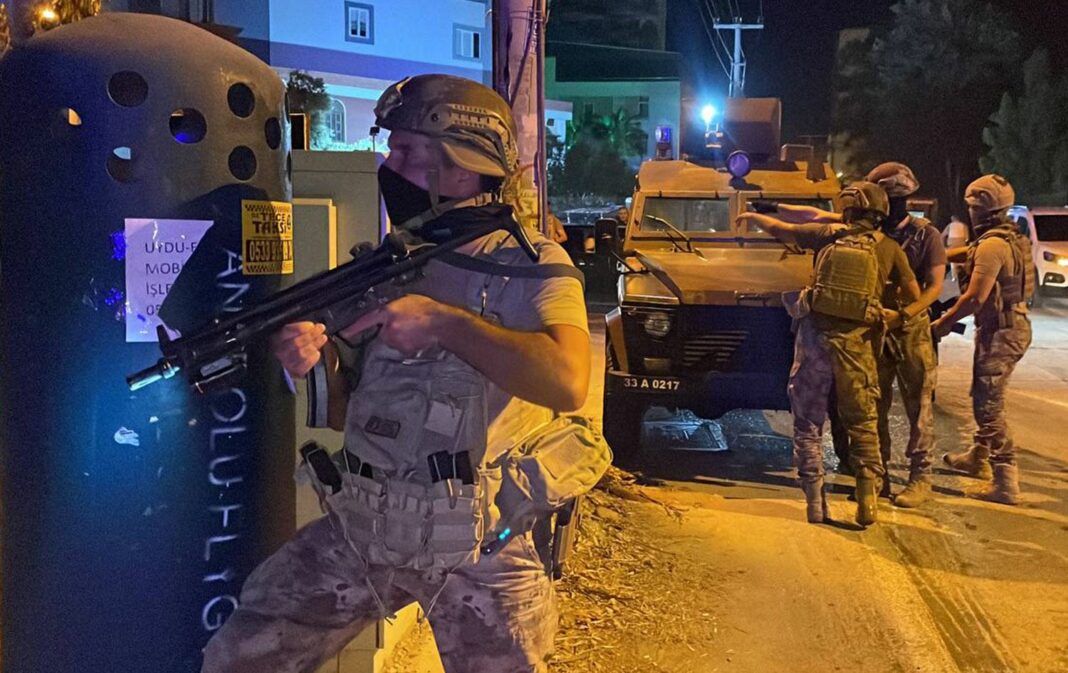 Turkish President Recep Tayyip Erdoğan, who has been in power since 2002, is considering all alternative strategies to stay in office as Turkey’s general and presidential elections draw near. The elections are scheduled for June 18, 2023, and Erdoğan is panicking as pre-election polls show that public support for his Justice and Development Party (AKP) is at an all-time low. Turkish opposition parties have warned that Erdoğan is again leaning into chaos to win the election as he did when his party lost its majority in parliament in the June 2015 general election.

Mithat Sancar, co-chair of the pro-Kurdish Peoples’ Democratic Party (HDP), accused Erdoğan of instigating chaos in Turkey to prevent a free and fair election. Sancar believes an attack on a police residence in the southern Turkish province of Mersin on Monday was part of Erdoğan’s plans for chaos since the attack was very similar to a string of attacks that rocked the country between June 7 and Nov. 1, 2015, when Turkey held a repeat election that the AKP won. However, Interior Minister Süleyman Soylu said the outlawed Kurdistan Workers’ Party (PKK) was responsible for the attack in Mersin, which killed one police officer and severely injured another. Soylu confirmed that the two women who carried out the attack died in the ensuing explosions.

The Republic of Turkey experienced its biggest terrorist attacks following the June 2015 elections, with hundreds of people dying in the southeastern provinces of Diyarbakır and Şanlıurfa and the capital city of Ankara. A peace process that had started in Oslo in 2009 between the ruling Justice and Development Party (AKP) and the PKK aimed at resolving Turkey’s Kurdish issue ended following the killing of two Turkish police officers in their apartment in Şanlıurfa’s Suruç district on July 22, 2015. Prominent analysts have claimed that Erdoğan coordinated these attacks to make sure the election was repeated since the HDP was able to surpass the 10 percent electoral threshold and won 80 seats in parliament in the June election. The HDP receiving a record 13.1 percent of the nationwide vote angered the AKP. Then-Deputy Prime Minister Yalçın Akdoğan said, after the June 2015 election results were announced, “From now on, they [the HDP] will only be able to make a movie about the peace process,” implying that the process was over. Erdoğan managed to repeat the election on Nov. 1, and his party won 49.48 percent of the vote.

Erdoğan’s priority is to remain in power despite the fact that the Turkish economy is in crisis. The Turkish lira is weakening to a new record low every day against the US dollar, and Turkey’s inflation hit a 24-year high, exceeding 80 percent, in August. Erdoğan is, realistically speaking, unable to put the economy back on track before the elections, while millions of Turks remain focused on simply surviving these tough times.

International observers from the 47-member Council of Europe, the Organization for Security and Co-operation in Europe (OSCE), the Office for Democratic Institutions and Human Rights (ODIHR) and the Parliamentary Assembly of the Council of Europe (PACE) reported that a referendum held in Turkey on April 16, 2017 proposing a shift from a parliamentary system of governance to a presidential system fell below international standards.

The OSCE also reported that opposition parties were denied an equal opportunity to campaign in Turkey’s elections and that a state of emergency imposed following a failed coup in July 2016 limited media freedoms in the run-up to the presidential election in June 2018.

Erdoğan needs a greater degree of chaos this time to ensure that the upcoming elections are not held in a free environment since the stakes are higher this time, with Turkey facing greater challenges than in previous elections.

After ending the peace process with the Kurds, Erdoğan established an electoral alliance with the far-right Nationalist Movement Party (MHP). Owing to the support of the MHP, Erdoğan prevented opposition parties from forming a coalition government to rule the country when the AKP lost the majority in the June 2015 general election. The MHP continued supporting Erdoğan in the June 2018 elections. Erdoğan also received support from the MHP for his military operations in Syria, and the MHP backs Erdoğan’s populist rhetoric against Greece, with which Turkey has conflicts on a wide range of issues.

Erdoğan sought the support of Iran and Russia for an operation against Kurds in Syria before the upcoming elections, but Tehran and Moscow are not willing to support the operation. Erdoğan then began accusing Greece of militarizing the Aegean islands and allowing the establishment of US military bases on them, which he said pose a threat to Turkey’s national security. Erdoğan is, however, well aware of his limits and is not taking the risk of targeting either Kurds in Syria or Greece before the election despite the need for a military victory to boost his popularity during this crucial time. European and other regional powers have also strongly discouraged Turkey’s military operations in the region.

Fighting against the PKK is the easiest way to turn people’s attention away from real problems in Turkey such as high inflation, unemployment and poverty. Strangely, the PKK has not carried out any terrorist attacks during the last several years, especially after the July 15, 2016 coup attempt, in a period during which the AKP fired more than half the country’s generals as part of a post-coup purge, leaving the Turkish army vulnerable to attack. It is curious that after a number of years the PKK started targeting the security forces when the army regained its power.

Future Party leader and former prime minister Ahmet Davutoğlu, a once close ally of Erdoğan, described June 7 to Nov. 1, 2015 as the darkest period in Turkish history, accusing Erdoğan of not fighting terrorist groups within the boundaries of the law but rather taking advantage of the situation. After many years, the PKK’s attack in Mersin has raised a number of questions. Turkish journalist Levent Gültekin said whenever Erdoğan losses public support before an election, the PKK somehow manages to help Erdoğan win it. Turkish intelligence has had direct communication with the PKK since the Oslo meeting in 2009, and it is plausible that the Erdoğan government is willing to allow the PKK to carry out attacks to incite fear and hysteria in the country and in this way gain the support of the Turkish people before the elections.