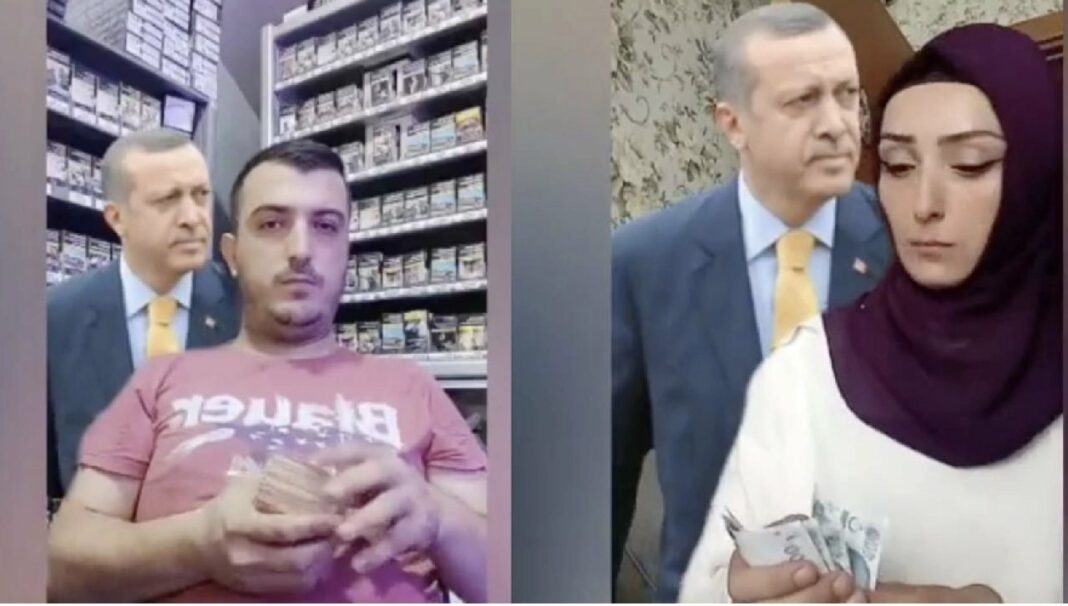 Turkish prosecutors have launched an investigation into social media users who recently posted videos showing them panicking and hiding their money when Turkish President Recep Tayyip Erdoğan magically appears behind them, the state-owned Anadolu news agency reported on Thursday.

In hundreds of such videos that each garnered thousands of views on TikTok and Twitter, Erdoğan is seen appearing behind people who are counting their money and tells them to “Get the gold [and] foreign currency savings [kept] under your pillows out.” The users are then seen panicking and squirreling the money away.

The İstanbul Chief Public Prosecutor’s Office, which launched an investigation on allegations of insulting the president following the release of videos on social media, ordered police to identify and detain the people who shot and posted them, Anadolu said.

The videos make fun of the fact that the president has been urging Turkish citizens and companies to convert their foreign currency savings to Turkish lira for the past few years as Ankara seeks to boost demand for the local currency.

The lira, which has lost more than half its value against the dollar in the past year alone and has been the worst performer in emerging markets for several years running due largely to economic and monetary policy concerns under Erdoğan’s government, traded at 18.25 to the US dollar on Thursday, down more than 27 percent so far this year.

The Turkish economy has gone into a tailspin since last year when Erdoğan — who is up for re-election next year — put pressure on the central bank to start slashing interest rates.

Contrary to economic orthodoxy, Erdoğan is convinced that high interest rates fuel inflation rather than rein it in.

Judicial statistics for 2021 show that a total of 9,168 criminal cases were opened against people in Turkey on charges of insulting President Erdoğan last year, with 305 minors appearing in court on insult charges during that time period.

The insult cases generally stem from social media posts shared by Erdoğan opponents. The Turkish police and judiciary perceive even the most minor criticism of Erdoğan or his government as an insult.

Insulting the president is a crime in Turkey, according to the controversial Article 299 of the Turkish Penal Code (TCK). Whoever insults the president can face up to four years in prison, a sentence that can be increased if the crime was committed through the mass media.