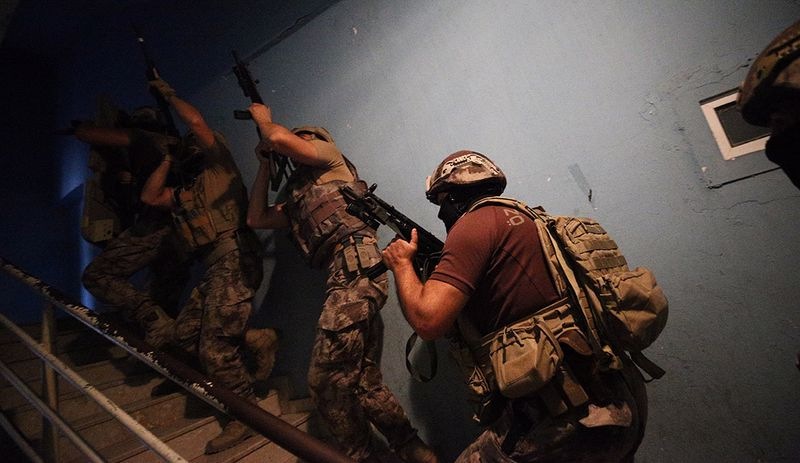 Ten employees at an opposition-run municipality in southern Turkey have been detained for “spreading propaganda on behalf of a terrorist organization” on social media after they were targeted by a far-right party lawmaker, local media reported on Thursday.

The Mersin Municipality staff members were taken into custody early Thursday after the Mersin Public Prosecutor’s Office launched an investigation into claims of the dissemination of terrorist propaganda and issued warrants for their detention.

The development came after Olcay Kılavuz, a Mersin lawmaker from the far-right Nationalist Movement Party (MHP), an ally of the ruling Justice and Development Party (AKP), accused the municipality of employing terrorists, implying that they have connections to the outlawed Kurdistan Workers’ Party (PKK).

The PKK, which has been waging a bloody campaign in Turkey’s Southeast since 1984, is recognized as a terrorist organization by Turkey and much of the international community.

Kılavuz previously claimed that “terrorist organization members” were employed at the Mersin Municipality and that its mayor, Vahap Seçer, was “a national security issue for our state, nation and Turkey,” calling on the Interior Ministry to take action.

Rights groups and dissidents regularly accuse President Recep Tayyip Erdoğan and his AKP government of using the judiciary as a political tool, particularly after thousands of judges were purged in the wake of an attempted coup in 2016.

Prominent figures from the CHP, including its leader Kemal Kılıçdaroğlu, İstanbul branch chairperson Canan Kaftancıoğlu and İstanbul Mayor Ekrem İmamoğlu, have been the subject of frequent judicial harassment on charges that include insulting Erdoğan and other public officials.