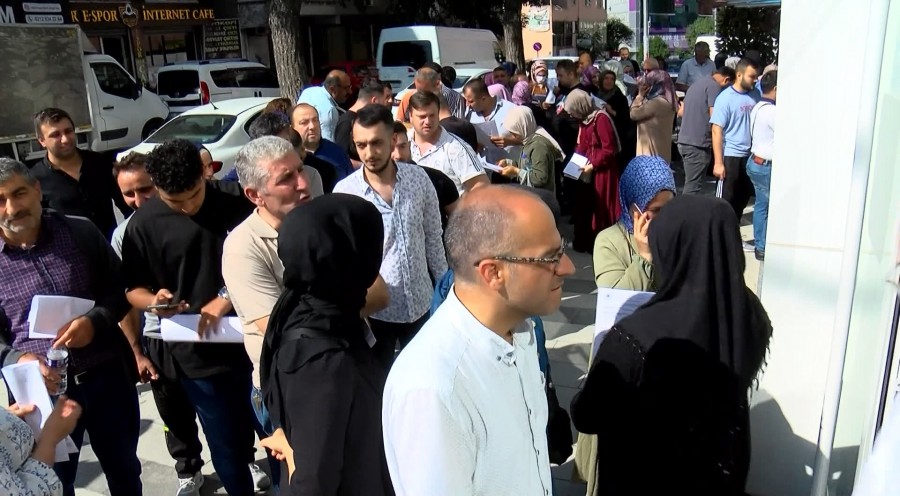 Turkish President Recep Tayyip Erdoğan on Tuesday unveiled a mega social housing project aimed at constructing 500,000 new homes in a move seen by many as an attempt to lure lower-income voters as his popularity declines.

As part of the project introduced by Erdoğan as the country’s biggest ever home-ownership push, 500,000 new homes and 50,000 offices will be constructed by state-run housing agency TOKİ across Turkey’s 81 provinces. Erdoğan’s Justice and Development Party (AKP) government plans to spend $50 billion on the project, which will be completed in five years, between 2023 and 2028.

Qualifying applicants will be entitled to secure 20-year mortgages to keep monthly payments low, at around $125. The minimum wage in Turkey is currently TL 5,500 ($301).

The project was drafted by the ministry of environment. Applications were accepted starting on Sept. 14 and will continue until the end of October.

People who would like to buy a house from the project formed long queues in front of state-run banks on Wednesday, and Environment Minister Murat Kurum announced that more than 141,000 people had already filed applications before noon on Wednesday.

The government announced the social housing project at a time when Turks find it hard to make ends meet, pay rent and bills and even purchase basic necessities such as food due to the record level of inflation, which stands at around 80 percent, and the depreciation of the lira against foreign currencies.

Rent in big cities such as İstanbul and Ankara has skyrocketed in recent months, even prompting some families to move to smaller cities where the rents are relatively lower.

More than two-thirds of people in Turkey are struggling to pay their rent, according to the results of a poll conducted last month by the AKSOY research firm.

The staggeringly high cost of living in the country has caused Erdoğan and his AKP to lose significant voter support after enjoying single-party rule for two decades. Opinion surveys show the AKP and its election partner, the Nationalist Movement Party (MHP), falling behind an opposition bloc. Turkey will hold parliamentary and presidential elections in 2023.

Some opposition politicians accuse the AKP of toying with people’s dream to own their own home by making them go into debt, which will last for years during which they will barely be able to make ends meet. They say the AKP is aiming to attract the votes of lower-income families, which have been hit the hardest by inflation.