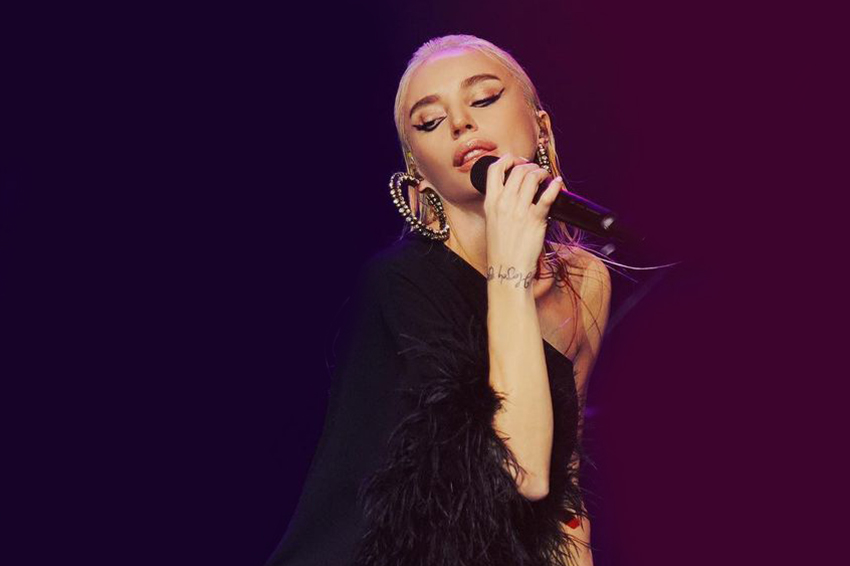 ‘So scared’: Fear of aftershocks in devastated Turkey

Emek Emre, a lawyer representing famous Turkish pop singer and songwriter Gülşen Bayraktar Çolakoğlu, has filed an objection to his client’s arrest and pretrial detention as part of an investigation into her due to remarks that allegedly insulted the graduates of religious imam-hatip schools in Turkey, local media reported on Friday.

The singer was detained at her home in İstanbul’s Beşiktaş district on Thursday afternoon and was subsequently arrested after appearing in court on Thursday evening for saying on stage during a concert on April 30, “He had attended an imam-hatip in the past, his perversion comes from there,” referring to an imam-hatip school graduate whose identity hasn’t been revealed.

Emre late on Friday submitted the objection to the İstanbul 26th Criminal Court of First Instance, saying that the singer was arrested in an “unjust and unlawful decision” and that the elements of the crime she was charged with do not exist.

Gülşen is accused of violating Article 216 of the Turkish Penal Code (TCK), which stipulates prison sentences for people who “incite segments of the population to enmity or hatred towards another group on the basis of social class, race, religion or sectarian or regional difference” or who “publicly degrade a segment of the society.”

“The client was turned into an object of hate in a short period of time. In a sad turn of events, my client has actually become the victim, not the perpetrator, of the crime she was accused of,” the lawyer said, demanding the singer’s release.

Following her detention, Gülşen issued a written statement on social media, apologizing to “anyone who feels uncomfortable and hurt” for her uttering words that “have given material to malicious people who aim to polarize the society in our country.”

Gülşen’s arrest has attracted condemnation and anger from opposition politicians, musicians and social media users in Turkey, with criticism focusing on the argument that the arrest and pretrial detention for the singer’s alleged insult violated the principle of proportionality, making her case yet another example that reveals the increasing politicization of the Turkish judiciary under Justice and Development Party (AKP) rule.

Religious imam-hatip schools are known for providing the grassroots of the political Islamist movement in Turkey, and Turkish President Recep Tayyip Erdoğan, also an imam-hatip graduate, and his AKP have been trying to increase their number.

Many say the country’s judiciary further lost its independence after a failed coup in 2016, following which Erdoğan’s AKP government launched a massive crackdown on non-loyalist citizens on the pretext of an anti-coup fight and removed 4,156 judges and prosecutors from their jobs for alleged membership in or relationships with “terrorist organizations” by emergency decree-laws subject to neither judicial nor parliamentary scrutiny.