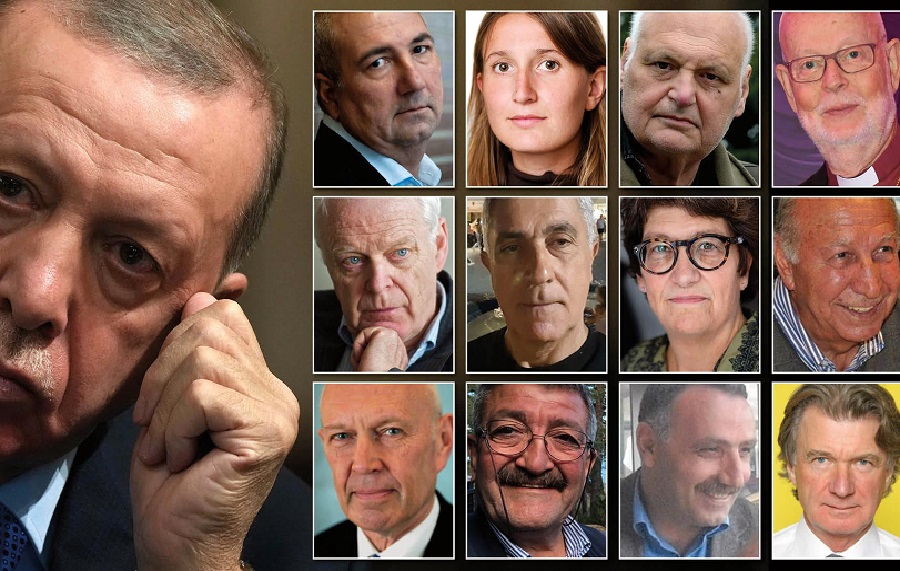 A group of prominent Swedes, including authors, journalists and human rights activists, have called on their government in a written statement not to extradite Kurds in Sweden, both Swedish citizens and refugees, who are alleged by the Turkish government to be terrorists, local media reported on Thursday.

NATO member Turkey is threatening to freeze Sweden’s attempts to join the Western defense alliance unless it extradites dozens of people Ankara accuses of “terrorism.”

A non-binding deal Sweden and fellow NATO aspirant Finland signed with Turkey in June commits them to “expeditiously and thoroughly” examine Ankara’s requests for suspects linked to a 2016 coup attempt and the outlawed Kurdistan Workers’ Party (PKK), listed as a terrorist organization by Turkey and much of the international community.

Turkish media reports on Thursday cited a translation of the Swedes’ statement.

“A deep concern has gripped Kurds in both Sweden and Turkey as a result of the government’s negotiations with the regime in Ankara,” the group said, urging the government to promise not to deport the Kurds, and therefore, give Kurdish-Swedish voters a clear message before elections scheduled for Sept. 11.

“For some reason, NATO’s leadership decided that Sweden and Finland themselves would negotiate with Turkey on the terms of being able to become members of the military alliance. The Turkish regime took advantage of that situation to demand measures that are outside of NATO’s formal mandate and that are also contrary to human rights principles,” they said.

The group stated that even peaceful opposition was branded as terrorism in Turkey nowadays and that the extradition of Kurds would very likely result in arbitrary trials and long prison sentences for them as this was what happened to a large number of people in Turkey who had expressed criticism of President Recep Tayyip Erdoğan’s regime.

“The Swedish response to the regime’s demands has been that those who are Swedish citizens cannot be extradited. It goes without saying, but as an answer it is completely inadequate. … Turkey has understood that Sweden may very well hand over Kurds to Turkish ‘justice’,” they noted.

Sweden and Finland ended decades of military neutrality and decided to join NATO in response to Russia’s February invasion of Ukraine.

Their bids have already been ratified by the United States and more than half of the 30 members of NATO. Each application must win unanimous consent from member states.