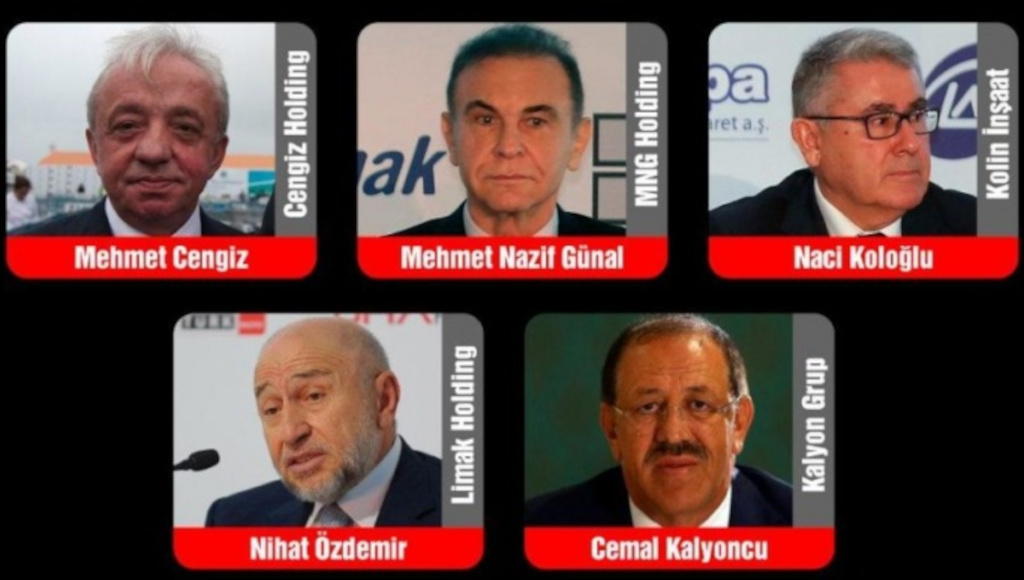 “The five companies were awarded jobs worth $203 billion in the last 18 years. They took their money to England, to tax havens. … I promise you … I will bring all that money back to the nation,” Kılıçdaroğlu vowed on Wednesday during a speech at his party’s group meeting in the western province of Yalova.

The CHP leader also referred to the fact that the revenue from the contracts the five firms have been awarded by the government is guaranteed by the Treasury, saying that it’s the government’s way of “robbing the country.”

The AKP government guarantees net income to the companies that win tenders for such large projects as the construction of city hospitals, highways, bridges and airports. If the firms’ income from such a project is less than the guaranteed figure, the shortfall is paid from the Treasury.

The companies that comprise the gang of five are among the world’s top 10 private sponsors of public infrastructure projects by investment and region and by investment and primary sector for the years 1990 to 2020, according to World Bank data. The opposition parties accuse them of rigging tenders and claim they are Turkey’s biggest tax evaders.

In 2013 a corruption investigation was launched into dozens of suspects including four out of the five businessmen close to then-prime minister and current President Erdoğan, but all the police officers and prosecutors involved in the case were fired due to Erdoğan’s interference. Most of those police officers are currently behind bars.