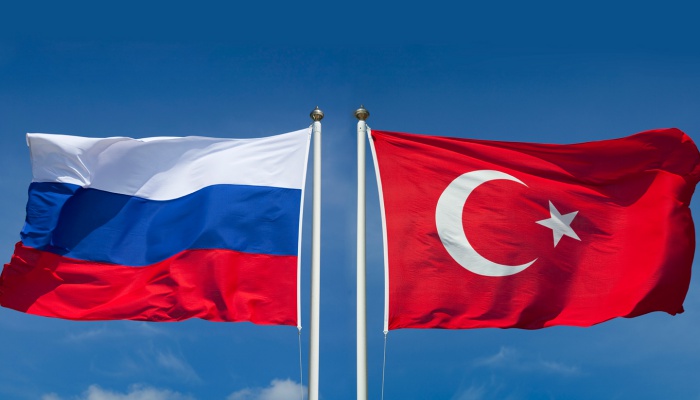 Following a four-hour meeting between Turkish President Recep Tayyip Erdoğan and his Russian counterpart, Vladimir Putin, in Sochi last week, the US State Department has said they have been closely monitoring the money traffic between the two countries and have found no evidence of illegal Russian money in Turkey so far, the Bloomberg HT news website reported on Tuesday.

In a joint statement after the summit in Russia’s Sochi that pledged deeper economic cooperation, the two leaders on Friday stressed the key role of trusting relations between their countries for regional and international stability and promised to increase their cooperation in commerce and energy.

Payment in rubles will be a source of financial support for both Russia and Turkey, Erdoğan said on his return from talks with the Russian leader, adding that five Turkish banks have adopted Russia’s Mir payment card system.

The system, which enables Russians living in Turkey to make purchases using their credit or debit cards at a time when Visa and Mastercard have ceased operations in their home country, is feared by officials in the West that it might also be used to evade sanctions.

The first reaction from the US to Turkey’s new economic agreements with Russia came from the State Department, which responded in writing to Bloomberg HT’s questions regarding the leaders’ meeting in Sochi.

“Turkey has expressed strong support for Ukraine’s sovereignty and territorial integrity in the face of Russian aggression and President Erdogan has characterized Russia’s aggression as ‘unacceptable’,” the department said in a statement.

"We have urged Turkey to not become a safe haven for illicit Russian assets or transactions. "

Noting that they had called on Turkey not to become a safe haven for illegal Russian assets or transactions, the department added, “We’re watching the data carefully, and so far, it seems there is no evidence of any pattern of illicit Russian money in Turkey.”

Western countries are increasingly concerned about growing ties between Turkey and Russia, heightening the possibility of punitive action against the NATO member state if it assists Russia in avoiding sanctions, Financial Times (FT) said in a report following the leaders’ meeting.

Western nations could ask their banks and companies to leave Turkey if Erdoğan follows through on the plans he announced on Friday, FT cited a senior official as saying.