Festival in eastern Turkey had to be cancelled due to ban 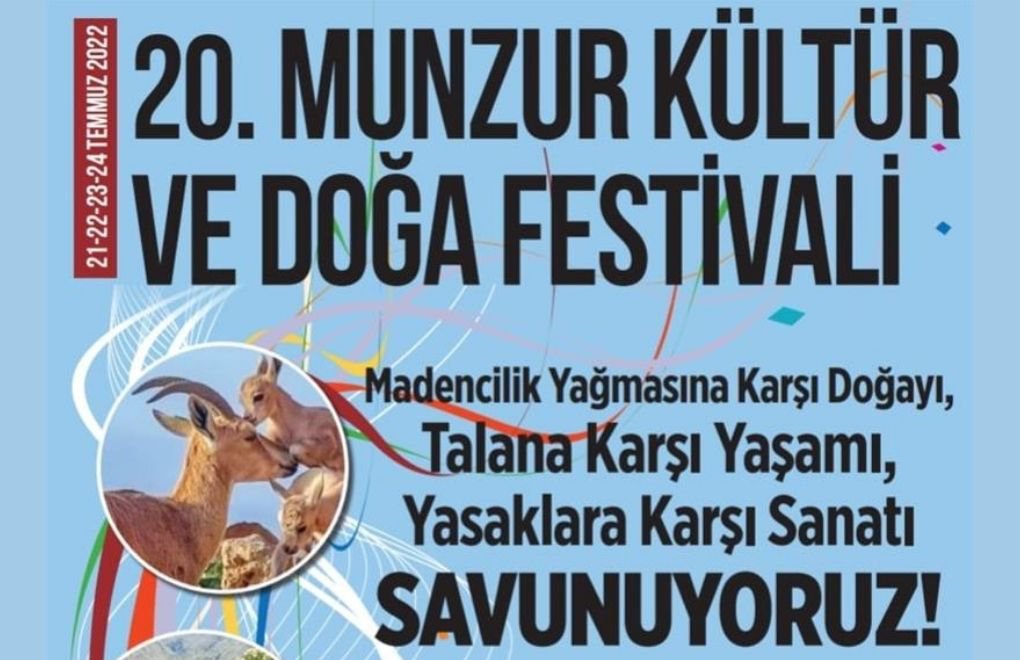 Up to 50 missing after migrant boat sinks off Greece

Hundreds of people who travelled to the eastern Turkish province of Tunceli to attend a culture festival have taken to the streets to protest obstacles created by the governor’s office that made it impossible to hold the event, according to Turkish media outlets.

The 20th Munzur Culture and Nature Festival, which was to run between July 21 and 24, was cancelled by the organizing committee when it became impossible to hold the events as planned due to roadblocks imposed by the Tunceli Governor’s Office.

Tunceli Mayor Fatih Mehmet Maçoğlu told Turkish media outlets that the festival had to be cancelled due to the obstacles created by the governor’s office.

The theme of this year’s festival was the defense of nature, the arts and life itself, which all had to do with the controversial activities of the Turkish government and companies close to the government.

Various activities such as panel discussions, concerts and special events for children were to be held as part of the festival.

The participants of the festival, including some lawmakers from the pro-Kurdish Peoples’ Democratic Party (HDP), held a demonstration and march in Seyit Rıza Square in Tunceli on Thursday to protest the governor’s office, chanting, “The festival belongs to the people, it cannot be banned” and “Shoulder to shoulder against fascism.”

More than a dozen events, including concerts and university music festivals, have been canceled by local administrations on various pretexts since mid-May in moves seen by many as attempts by the Justice and Development Party (AKP) government to interfere in people’s lifestyles and to try to force its Islamic values on the nation.

Celebrating Easter in Turkey: a way for Armenians to show they still exist