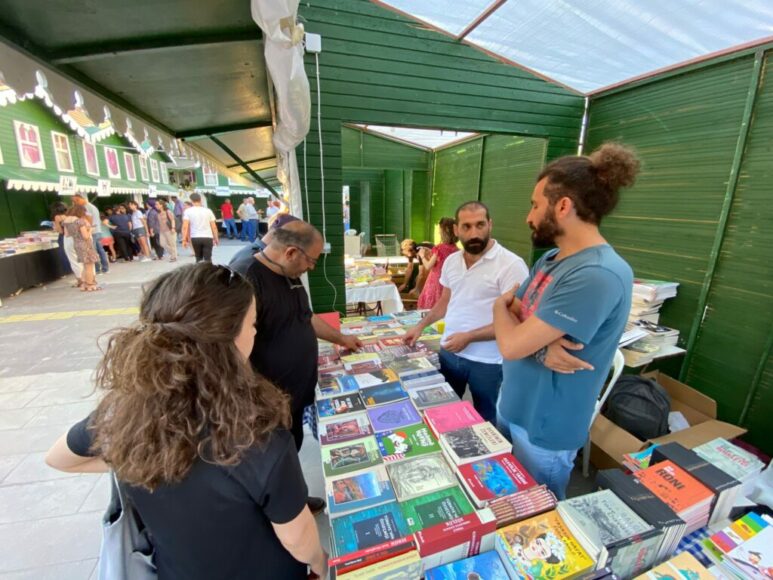 Turkish police have confiscated copies of three books at a book fair in the eastern province of Tunceli on the grounds that they had been banned by a court, Turkish media outlets reported.

Police officers seized copies of the three books at the Munzur Book Days in Tunceli, which will run July 17-20. The book fair is jointly organized by the Tunceli Municipality and publishers’ cooperative YAYKOOP.

The books were seized based on a court decision in 2017 that imposed a ban on their sale and called for their confiscation.

The seized books are “İsyandan İnşaya Kürdistan Özgürlük Hareketi” (From Revolt to Build Kurdistan) put out by Dipnot Publishing; “Bir Başka Kandil” (Another Kandil) from Tekin Publishing; and “Bütün Yazıları” (All Articles) by İbrahim Kaypakkaya, one of the leaders of the communist movement in Turkey, published by Umut.

YAYKOOP Chairperson Elif Akkaya, who is among the organizers of the book fair, has been summoned by the prosecutor’s office to testify concerning the sale of the banned books.

Publishing houses say they were not informed of the court decision that banned the sale of the three books.

Dipnot Publishing said in a statement on Thursday that it would continue to defend freedoms and critical thinking through books. It said they have full confidence that Turkish society is enlightened enough to not build its future on book bans.

Since a failed coup in Turkey in July 2016, a growing number of books have been outlawed and confiscated, with some even considered evidence of crime, which has led to great concern among publishers, authors and readers.

According to Turkish publishers, at least 30 publishing houses have been closed by government decrees in the post-coup era, while more than 670 books have been confiscated for allegedly disseminating the “propaganda of a terrorist organization.”

Another 135,000 books have been banned from public libraries on the same or similar grounds.

According to a statement from then-Turkish Education Minister Ziya Selçuk in 2019, more than 300,000 books have been removed from Turkish schools and libraries and destroyed since the attempted coup in 2016. Some of these books were destroyed because they were published by companies linked to the Gülen movement.