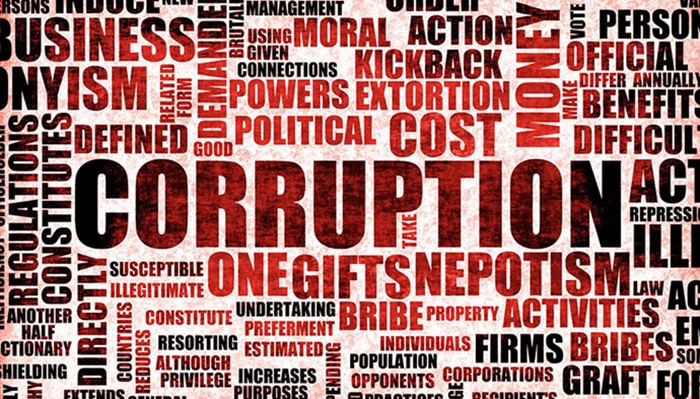 A report recently released by the Council of Europe’s anti-corruption group, the Group of States against Corruption (GRECO), has revealed that Turkey satisfactorily implemented only three of 22 anti-corruption recommendations, with its level of compliance remaining “globally unsatisfactory,” the same as in the previous report.

GRECO aims to improve the capacity of its members to fight corruption by monitoring their compliance with anti-corruption standards. It helps states to identify deficiencies in national anti-corruption policies, prompting the necessary legislative, institutional and practical reforms.

The GRECO report showed that Turkey had implemented satisfactorily or dealt with in a satisfactory manner only three of the 22 recommendations addressed to the country in the Fourth Round Evaluation Report released in 2016.

Of the remaining recommendations, nine have been partly implemented and 10 have not been implemented, according to the report, with Turkey’s level of implementation remaining “globally unsatisfactory,” which is the same as in the Second Interim Compliance Report.

With respect to members of parliament, no tangible progress has been made to implement GRECO’s recommendations, the report said, adding that GRECO regrets the fact that no developments have been reported since the Evaluation Report and that shortcomings such as “the need to enhance the transparency of the legislative process by laying down rules on public consultations in the legislative process and the lack of measures to ensure MPs’ integrity” remain to be addressed.

“As stated previously, the underlying reasons for GRECO’s recommendations remain the fundamental structural changes which have weakened judicial independence and also led the judiciary to appear even less independent from the executive and political powers than at the time of the adoption of the Evaluation Report,” the report said.

“Furthermore, the executive has kept a strong influence on a number of key matters regarding the running of the judiciary: the process of selecting and recruiting candidate judges and prosecutors; reassignments of judicial officeholders against their will; disciplinary procedures; and training of judges and prosecutors,” the report said.

These judges then jailed all the police and prosecutors who had conducted the 2013 corruption investigations, while Erdoğan and his family members who were implicated have never appeared in court.