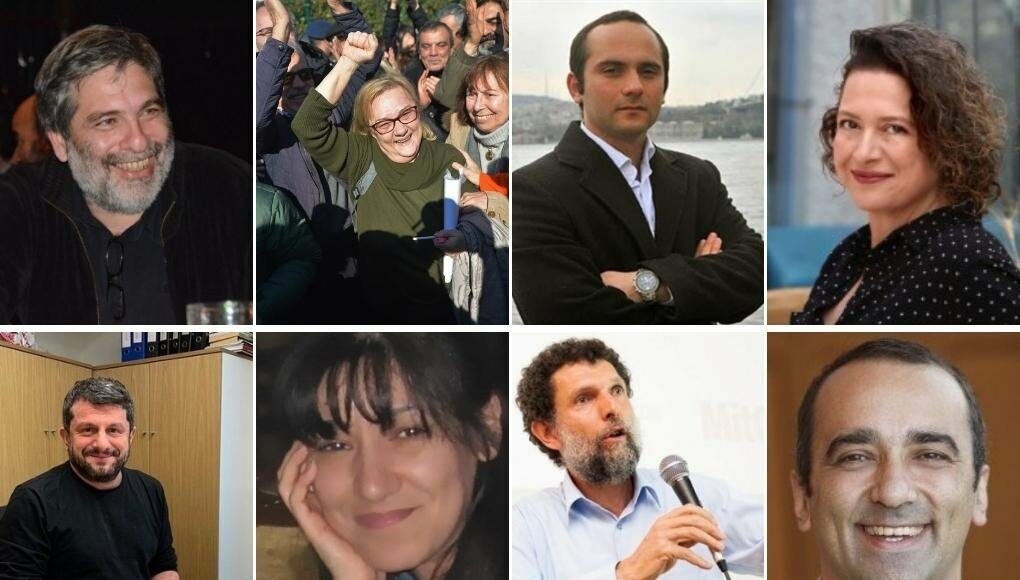 Amnesty defines prisoners of conscience as people who haven’t used or advocated violence or hatred in the circumstances leading to their imprisonment but are imprisoned solely because of who they are (sexual orientation, ethnic, national or social origin, language, birth, color, sex or economic status) or what they believe (religious, political or other conscientiously held beliefs).

An İstanbul court on April 25 sentenced Kavala, who had been behind bars without a conviction for over four years, to aggravated life while sentencing seven other defendants – architect Mücella Yapıcı, city planner Tayfun Kahraman, lawyer Can Atalay, documentary filmmaker Mine Özerden, film producer Çiğdem Mater, higher education director Hakan Altınay and university founder Yiğit Ekmekçi – to 18 years each on charges of instigating the anti-government Gezi Park protests.

Six of them were immediately put in prison, and an arrest warrant was issued for Ekmekçi.

Agnes Callamard, secretary-general of Amnesty International, wrote on Friday that the organization had taken the significant step of naming all seven jailed Gezi defendants prisoners of conscience, “aiming to highlight the chronicle of injustice they’ve suffered— from arbitrary detentions and politically-motivated prosecutions to a show trial ending in these chilling convictions.”

Since the prosecution failed to provide any evidence to substantiate the charges brought against the accused and the court offered no convincing grounds for its majority verdict when it published its reasoned judgment on June 7, the only substantial conclusion to emerge from the trial, according to Callamard, was that Turkey’s courts operate at the bidding of President Recep Tayyip Erdoğan and aren’t independent, impartial, free from political interference, or fair.

“… the Gezi Seven’s imprisonment comes as no surprise in a country that’s been cracking down on human rights, especially freedom of expression, with increasing intensity since a failed coup in 2016,” Callamard said, adding that overly broad anti-terrorism laws had been used to target dissent, with thousands being subjected to abusive criminal investigations, prosecutions and punitive pretrial detentions and the judiciary — already lacking independence — being used to repress peaceful dissent.

Callamard further stated that Erdoğan had shown active involvement in Kavala’s case from day one, and his repeated public comments had undermined the presumption of innocence — a key tenet of fair trial rights.

“The shocking injustice handed out to the Gezi Seven exposes, yet again, how Turkey’s judicial system has become a repressive tool to silence peaceful dissent. And each day they spend behind bars is an affront to the concept of justice and human rights — principles the Turkish state has committed itself to upholding but repeatedly and relentlessly violates,” the secretary-general said.

The Gezi Park demonstrations, which took place in the summer of 2013 in reaction to the Justice and Development Party (AKP) government’s attempt to destroy one of the few green spaces left in İstanbul, quickly turned into a nationwide protest against the authoritarian policies of then-prime minister and current president Erdoğan.

Eleven protestors died and thousands more were injured as they were brutally suppressed by the police on Erdoğan’s instructions.