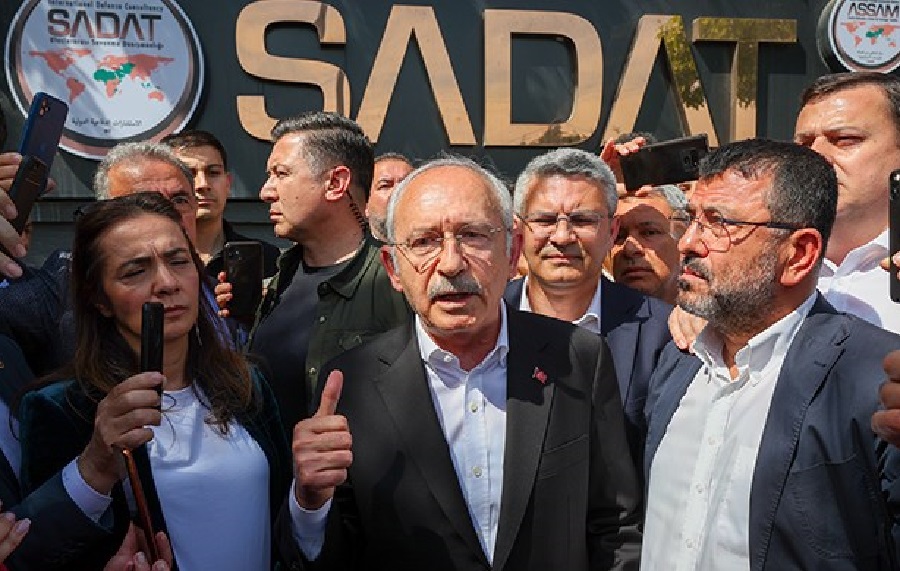 SADAT International Defense Consultancy, a company with alleged links to Turkey’s authoritarian leader, recently came to public attention after CHP leader Kemal Kılıçdaroğlu said it would be the culprit if an incident threatened election security in the 2023 polls.

The CHP submitted a motion to the Parliament Speaker’s Office for thorough investigation into the company; however, the motion was rejected by AKP and MHP lawmakers.

AKP deputy İsmail Kaya, who responded to criticism from the CHP about SADAT on behalf of his party, said Turkey’s military procurement agency has been working with many defense companies since the country’s switch to a presidential system of governance and that SADAT is one of them.

“It is not right to attribute any special importance to this company,” said the AKP lawmaker.

On Wednesday Erdoğan denied having ties to SADAT; however, opposition party politicians were quick to refute his claims with facts that the company’s founder served as his aide while actively working for SADAT and attended high-level Cabinet meetings.