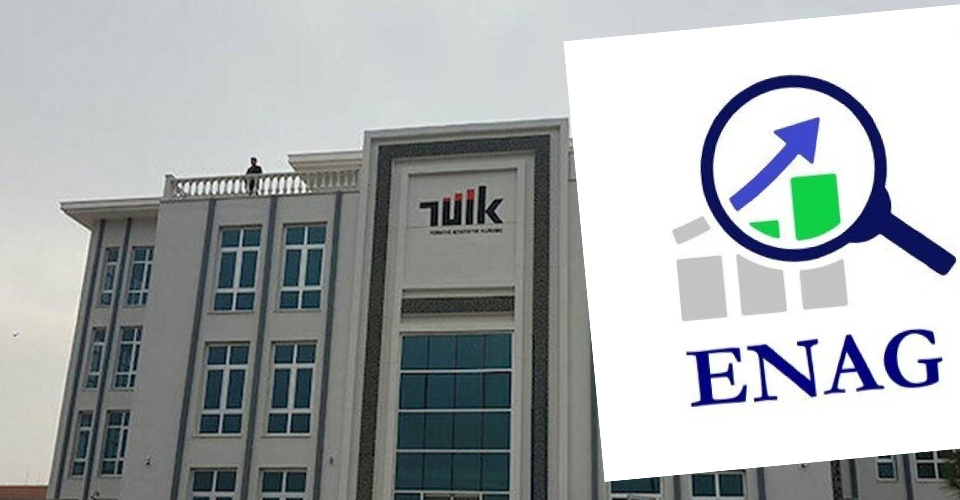 According to the draft law, Turkish economic researchers may face up to three years in prison if they publish unofficial data on indicators without first seeking the approval of the Turkish Statistical Institute (TurkStat).

President Recep Tayyip Erdoğan’s governing AKP had planned to submit the proposed legislation to parliament this week but has held off while officials do further work on it, two party officials on Thursday told Bloomberg on condition of anonymity.

Following news of the draft law, the İstanbul-based ENAG, established by a group of academics in 2020, announced on social media that they would continue to release inflation data.

“ENAGroup will always share the [alternate] inflation rate with our people on this page,” the independent group said in a tweet on Thursday.

Led by economy professor Veysel Ulusoy, ENAG has been calculating the inflation rate in Turkey since September 2020 and shares its figures, which are higher than the inflation rates reported by TurkStat, with the public.

The ENAG model can calculate inflation as frequently as every hour, meaning it can fill gaps for researchers and investors, according to Professor Ulusoy. It weighs items in the same way as TurkStat but excludes price data from health, education and alcoholic beverage expenditures.

ENAGroup reported an annual inflation rate of 142.63 percent in March, more than double the official figure of 61.14 percent for the same month.

TurkStat had earlier filed a criminal complaint against the group, accusing it of “purposefully defaming” the institution and “misguiding public opinion.”

Turkey’s economy is being tested by an earlier slump in the value of the lira that unleashed a surge in inflation. Fast-rising prices are a worry for Erdoğan’s administration just over a year before elections.

TurkStat has been receiving growing criticism from opposition parties and government skeptics for not releasing accurate figures for important statistics such as inflation and unemployment, instead presenting statistics that fail to reflect the market realities. The institute is accused of manipulating the numbers in order to mask the scale of the country’s economic deterioration.

In 2019 opposition parties submitted parliamentary questions to then-Finance Minister Berat Albayrak over claims that TurkStat tweaked inflation data for political reasons, claims dismissed as groundless by the head of the institute.

Since April 2019 the head of the TurkStat has been replaced four times by Erdoğan, leading to claims that Erdoğan was not pleased with the TurkStat figures when they were higher than his expectations.