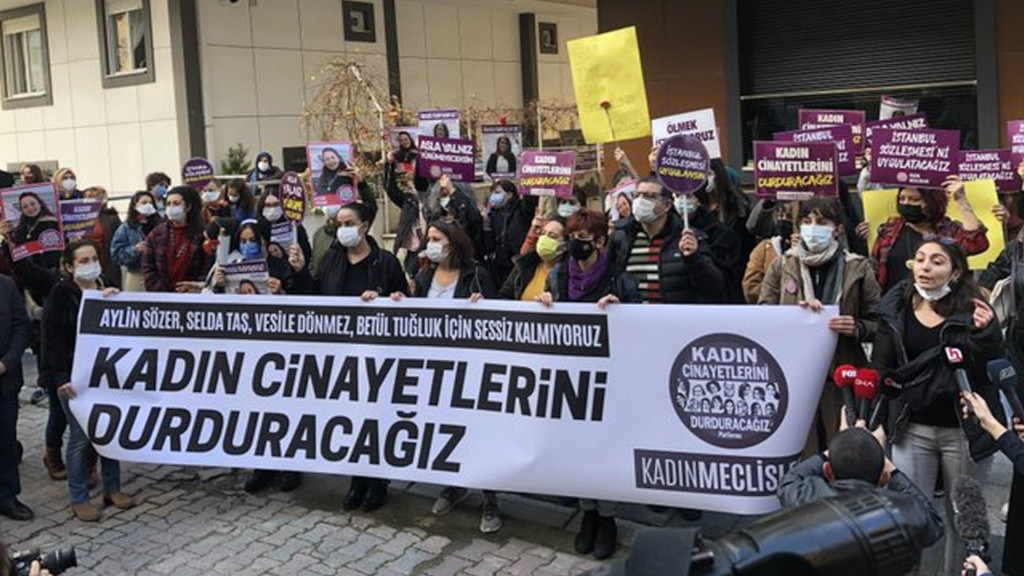 Turkish authorities have started the legal process to close down women’s rights organization the We Will Stop Femicide Platform (Kadın Cinayetlerini Durduracağız Platformu), the Stockholm Center for Freedom reported.

The platform announced on their website today that they were accused of “illegal and immoral activities” and “damaging the Turkish family structure.”

“Several complaints were made to the authorities saying we were damaging the society and the Turkish family under the guise of protecting women’s rights,” they said in a statement.

The platform said they had worked ceaselessly to ensure that femicide and gender-based violence were taken seriously. For this reason they had attended court hearings and advocated for women’s rights on social media. “In the past, when a woman was killed there was only a paragraph about it on the third page of the newspaper. For the last 12 years we have campaigned in every way we could for femicide to be taken seriously and for perpetrators to be held accountable,” they said.

They said the latest legal process to close down their platform aimed to silence activists who worked to raise awareness against gender-based violence and protect victims. They added that Justice and Development Party’s (AKP) policies had made it easier for women’s rights activists to be targeted.

In the last few months women’s rights organizations have been subjected to raids and investigations. Women’s rights activists from the Diyarbakır-based Rosa Women’s Association were detained in March. Journalist Nurcan Yalcin was handed down a seven month, 22 day prison sentence for her membership in Rosa in November 2021.

However, they added that such legal proceedings could not stop them from campaigning for gender equality and the protection of women from violence.

“We will not be silenced, and we will not stop until we stop femicide,” they said.

Femicides and violence against women are serious problems in Turkey, where women are killed, raped or beaten every day. Many critics say the main reason behind the situation is the policies of the AKP government, which protects violent and abusive men by granting them impunity.

The We Will Stop Femicide Platform keeps monthly records of the number of women who fell victim to violence and femicide. According to their records, 280 women were murdered in Turkey in 2021.

In a move that attracted national and international outrage, Turkish President Recep Tayyip Erdoğan through a presidential decree pulled the country out of an international treaty in March 2021 that requires governments to adopt legislation prosecuting perpetrators of domestic violence and similar abuse as well as marital rape and female genital mutilation.

The Council of Europe Convention on Preventing and Combating Violence against Women and Domestic Violence, better known as the Istanbul Convention, is an international accord designed to protect women’s rights and prevent domestic violence in societies and was opened to signature of member countries of the Council of Europe in 2011.