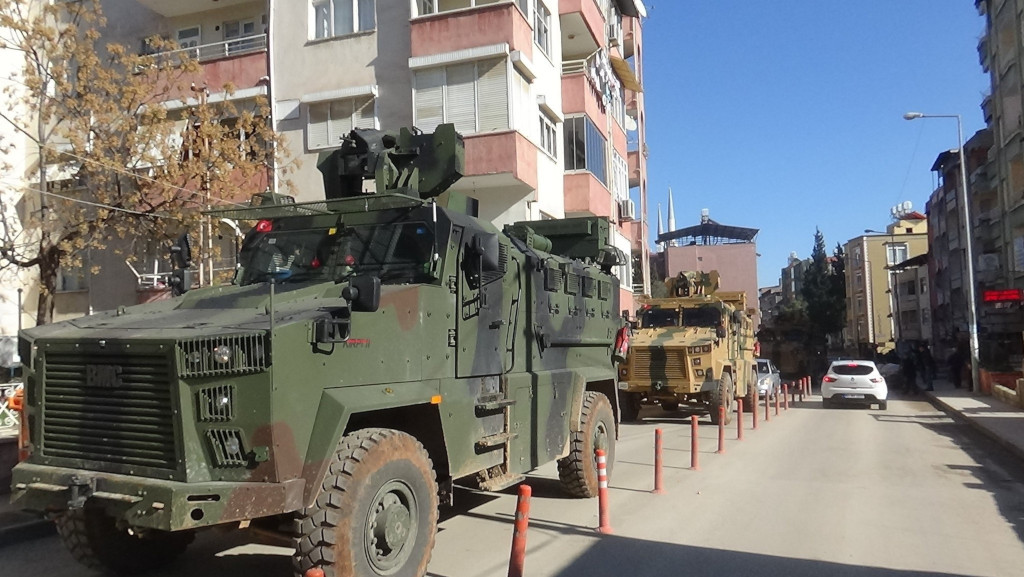 The ruling Justice and Development Party (AKP) and its ally, the Nationalist Movement Party (MHP), on Tuesday rejected a parliamentary motion by the Peoples’ Democratic Party (HDP) to investigate civilian deaths caused by armored vehicles in Turkey’s Southeast, the Stockholm Center for Freedom reported.

According to the Duvar news website, Kemal Çelik, an AKP deputy, derided the proposal, saying the deaths were caused by accidents and that everyone had an accident at one point in their life. He also accused the HDP from trying to benefit politically from the incidents.

Çelik said armored vehicles in the region were an “important part of the fight against terrorism. … Thanks to armored vehicles we have brought peace and stability to the region,” adding, “Those vehicles you are worried about have been a great success.”

Saruhan Oluç, an HDP lawmaker, said armored vehicles were a threat to civilians and demanded an end to their uncontrolled use in urban areas.

In a previous interview Mehmet Emin Tümür, co-chair of the Diyarbakır branch of the Chamber of Mechanical Engineers, said armored vehicles are too heavy and too large for residential areas.

Tümür said the vehicles need to be fitted with better sensory devices if they are to be used in cities. He added that it was quite dangerous for them to be driven in city traffic and pedestrian areas because they were developed to be used in fields and warzones.

“These vehicles need to be fitted with alarm systems that will warn people of their approach,” he said. “Drivers also need to slow their speed by 40 to 50 percent in addition to extra sensory devices that warn of the presence of a person in the street.”

The killing of civilians by military vehicles is common in Turkey’s Southeast, where there is a heavy police and military presence due to ongoing clashes between Turkish forces and the outlawed Kurdistan Workers’ Party (PKK).

According to a report by the Human Rights Association (İHD) Diyarbakır branch, 36 people, including six women and 16 children, have been killed and 85 have been injured in 63 accidents involving armored vehicles over the past 10 years.