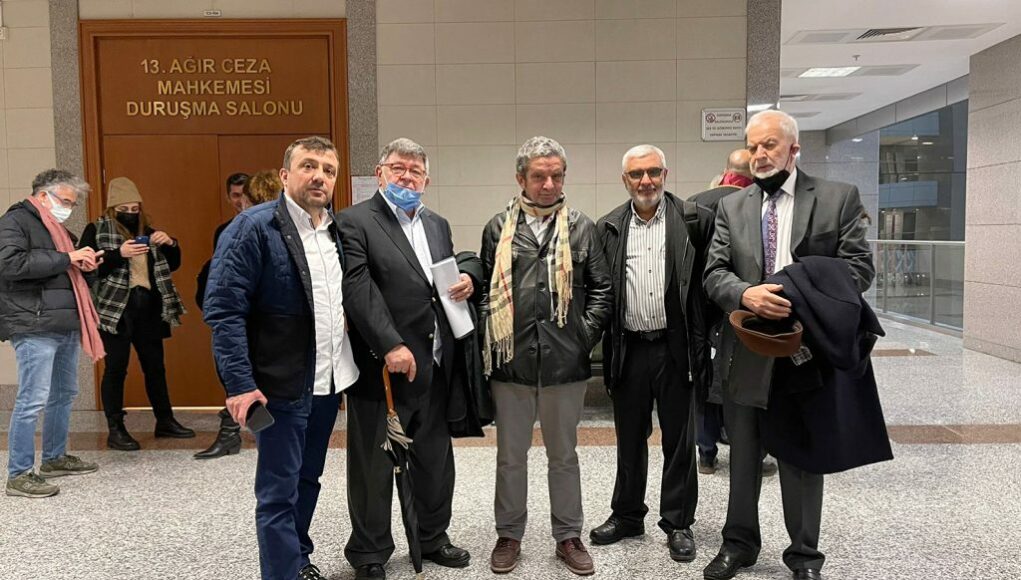 Four former columnists from the now-closed Zaman daily appeared in an İstanbul court on Wednesday in a retrial in which the court ruled for the continuation of judicial supervision measures imposed on the defendants, the Kronos news website reported.

Former Zaman daily columnists Şahin Alpay, Mümtaz’er Türköne, Ahmet Turan Alkan and Ali Bulaç attended the latest hearing at the İstanbul 13th High Criminal Court, while former Zaman editor Mehmet Öztürk was absent. The journalists’ retrial became possible after the Supreme Court of Appeals in December 2020 overturned a local court’s verdicts against the five journalists. The top court ruled that the sentences handed down to Türköne, Bulaç and Alpay as well as an acquittal decision for Öztürk were flawed.

The Zaman daily, which was Turkey’s best-selling newspaper, was closed down along with dozens of other media outlets due to their links to the Gülen movement, which is accused by Turkey’s Justice and Development Party (AKP) government of masterminding a coup attempt on July 15, 2016, although it strongly denies any involvement.

The journalists, who were all in pretrial detention for several years following the coup attempt, demanded that the court comply with the top appeals’ court ruling and rule for their acquittal.

Alkan, who delivered his defense at Wednesday’s hearing, told the court he has never been a member of any terrorist organization and asked for his acquittal.

Former Zaman columnist Hüseyin Gülerce, who attended the hearing via IT Voice and Image System (SEGBİS) as a witness, told the court that he personally knows the defendants and they are not kind of the people who would write their articles based on orders from others.

Although Gülerce was also a columnist at Zaman and known as the unofficial spokesperson for the Gülen movement, he did not face any charges due to his links to the Gülen movement after siding with the AKP government and serving as an ardent supporter of its crackdown on the movement’s alleged or real members.

The court ruled for the continuation of the judicial supervision measures including a travel ban for the journalists.

The court also adjourned the trial to a later date after deciding the send the case dossier to the prosecutor for his opinion.

The journalists deny all the charges against them, saying their activities at the Zaman daily were merely journalistic and that they had nothing to do with the coup attempt.