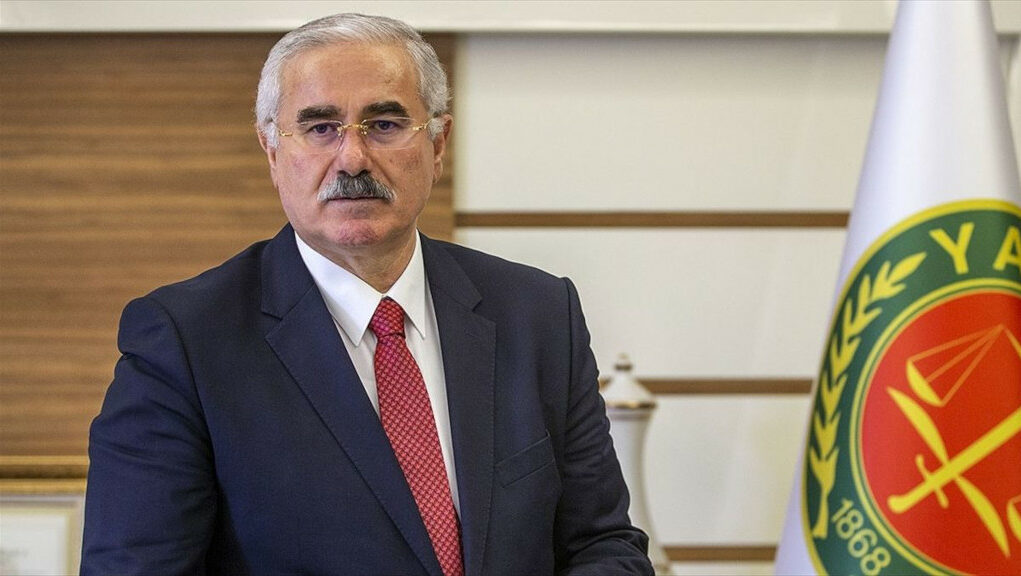 President of Turkey’s Supreme Court of Appeals Mehmet Akarca said in a controversial remark on Friday that femicide was exaggerated in Turkey as the number of women killed was not as nearly as high as in Europe, the Stockholm Center for Freedom reported, citing the T24 news website.

“Femicide occurs two times more frequently in Europe, but some people are creating the impression that it is a huge problem in Turkey,” he said during the court’s annual evaluation meeting.

Feminist groups criticized Akarca’s statement, saying he was normalizing femicide. The We Will Stop Femicide Platform (Kadın Cinayetlerini Durduracağız Platformu) said on Twitter that 280 women had been killed in 2021. “What are you doing to prevent these murders?” they asked.

Hayrettin Nuhoğlu from the opposition İyi (Good) Party said Akarca was encouraging femicide. “We cannot accept the murder of even one woman,” he said on Twitter.

Gender-based violence is a serious problem in Turkey. According to a report published in 2020 by Sezgin Tanrıkulu,  a human rights defender and Republican People’s Party (CHP) lawmaker, nearly 7,000 women were victims of femicide during the 18 years the AKP had been in power.

Despite the alarming data, President Recep Tayyip Erdoğan issued a decree on March 20 withdrawing Turkey from the Council of Europe (CoE) Convention on preventing and combating violence against women and domestic violence, better known as the Istanbul Convention, an international accord designed to protect women’s rights and prevent domestic violence in societies, sparking outrage in Turkey and the international community.

Turkey, the first member state to ratify the CoE convention, which was opened for signature in İstanbul during Turkey’s chairmanship of the organization 10 years ago, ironically has also become the first state to announce its withdrawal from it.

The Council of State, Turkey’s highest administrative court, rejected an appeal demanding cancellation of the presidential decree in June.