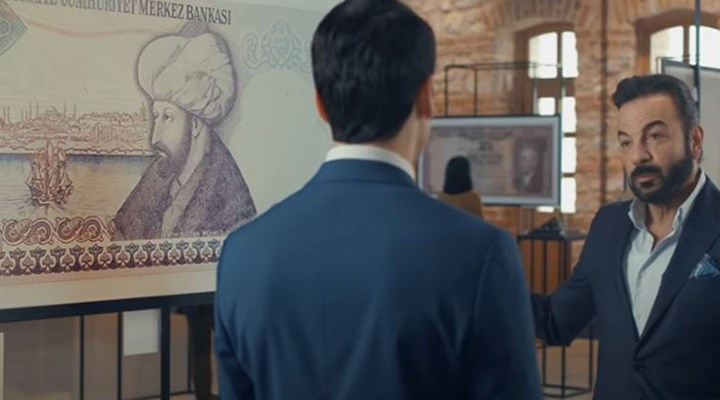 A TV commercial released by Turkish state lender Halkbank less than 24 hours after President Recep Tayyip Erdoğan’s announcement on Monday of an emergency plan to curb the lira’s depreciation raised questions of profiteering, according to Turkish media outlets.

The economic plan, which stipulates that the country’s treasury will make up for losses incurred by holders of lira deposits should the lira’s declines against hard currencies exceed bank interest rates, aims to convince people who have deposits in foreign currencies to switch to the lira, helping the Turkish currency curb losses.

The lira posted its biggest gain in decades, following Erdoğan’s announcement, rebounding after soaring as much as 20 percent against the US dollar on the same day.

The commercial released by Halkbank shortly after the announcement of Erdoğan’s new economic model urged people to hold deposits in lira in support of the president’s plan.

“Our most fundamental duty is to transform every kuruş [1 percent of a lira] of the Turkish lira that our people invest in our bank into huge support for a productive Turkey. …  Be happy for us! With the Turkish lira, the symbol of our independence and sovereignty, our people are winning, our country is growing!” the commercial said.

An opposition MP on Wednesday said in a parliamentary question posed to Treasury and Finance Minister Nureddin Nebati that the commercial, which showed that some people had known about the government plans to curb the lira’s depreciation beforehand, strengthened the claims that a certain group of people had been engaged in profiteering.

“Who are those who had bought Turkish lira by engaging in exchange rate-related profiteering and put it [the responsibility of paying its interest] on the citizens [taxpayers funding the treasury] by way of the new deposit system?” he added.