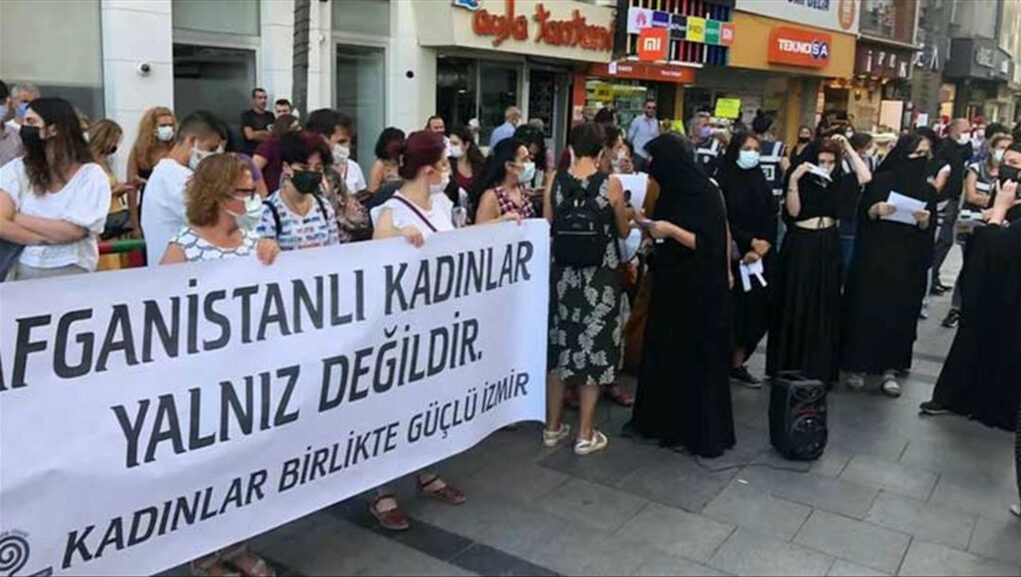 Turkish authorities have launched an investigation into a women’s group for throwing headscarves on the ground in a protest against the Taliban in August, the Stockholm Center for Freedom reported on Thursday, citing the Duvar news website.

A complaint was filed in northwestern Kocaeli province against the “Women are Strong Together” (Kadınlar Birlikte Güçlü) group for throwing black headscarves on the ground. The Kocaeli Chief Public Prosecutor’s Office launched an investigation into the group, accusing them of inciting the public to hatred and enmity.

Three women were called in for questioning. One of the women, who wished to stay anonymous, said they were targeted by conservative media outlets after the protest.

“At the end of the protest, we removed the symbolic black veils we were wearing,” she said. “We wanted to draw attention to the Taliban’s oppression of women. However, some media outlets said we burned or tore up the veils, which is not true. Videos from the protest show that such things did not happen.”

The pro-government Yeni Akit daily had said the women were not against the Taliban but the Muslim religion. “These women are disrespecting Islam under the guise that they are criticizing the Taliban,” said the daily.

The woman added that they had no intention of disrespecting Islamic symbols but rather were protesting the oppression of women. She said they would continue to support the liberty of Afghan women against the Taliban at all costs.

Turkey ranks first among the 47 Council of Europe (CoE) member states in the number of judgments from the European Court of Human Rights (ECtHR) concerning violations of freedom of expression in 2020.