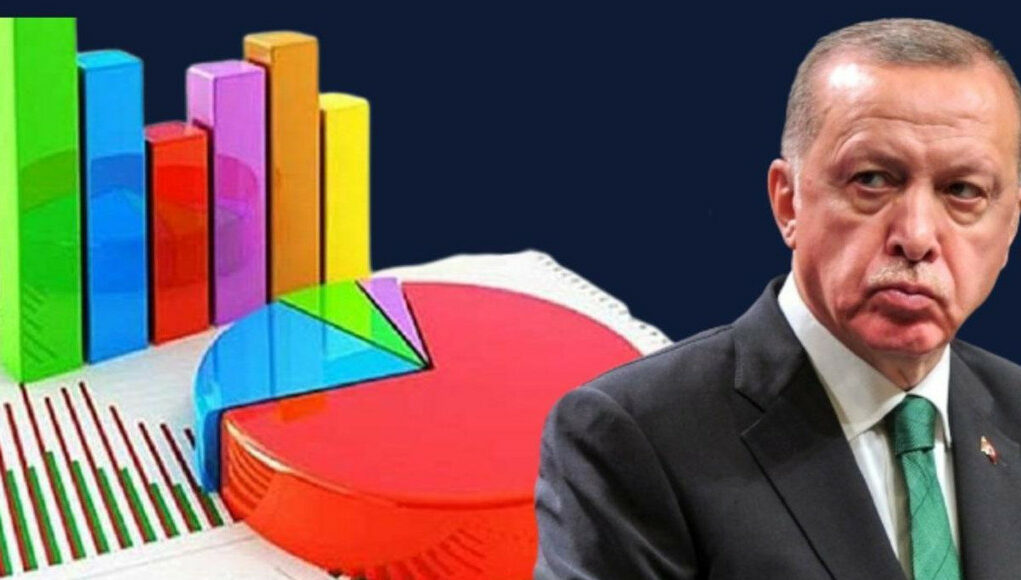 A growing number of Turkish voters disapprove of the performance of Recep Tayyip Erdoğan as the country’s president, with his approval rating falling below 40 percent, according to the results of a survey conducted by the Ankara-based MetroPoll.

The results of MetroPoll’s monthly “The Pulse of Turkey” survey for November, posted on Twitter on Thursday, revealed that 54.5 percent of Turks disapprove of Erdoğan’s performance as president, while his approval rating declined to 39.3 percent.

Fully 6.2 percent of respondents said they had no idea or gave no answer when asked if they approve of Erdoğan’s performance as president.

The survey was conducted on 1,514 people across 28 provinces between November 13 and 17.

The survey also showed that 5.3 percent of voters who had supported the ruling Justice and Development Party (AKP) and 35 percent of Nationalist Movement Party (MHP) voters in the 2018 general election disapproved of Erdoğan’s performance. The AKP and the MHP established the Public Alliance before the 2018 polls.

It was noted that the survey was conducted before the Turkish lira plunged to a record low against the US dollar, losing 15 percent of its value on Tuesday.

The latest depreciation of the lira took place after the central bank cut its policy rate last Thursday by 100 basis points to 15 percent, well below inflation of nearly 20 percent, under pressure from Erdoğan.

Erdoğan, whose AKP has been in power as a single party government since 2002, was elected president in 2014 and reelected in 2018. His election in 2018 was under a presidential system as Turkey switched from a parliamentary to a presidential system of governance with a public referendum in 2017. Under the presidential system, Erdoğan is accused of establishing one-man rule, destroying the separation of powers and silencing dissent.

In power for 19 years, Erdoğan peppers his daily speeches with imagery of the country “rebounding” and growing into “one of the largest economies in the world.”

However, Erdoğan’s AKP is sliding in opinion polls ahead of elections scheduled for no later than mid-2023, reflecting the sharply higher cost of living.