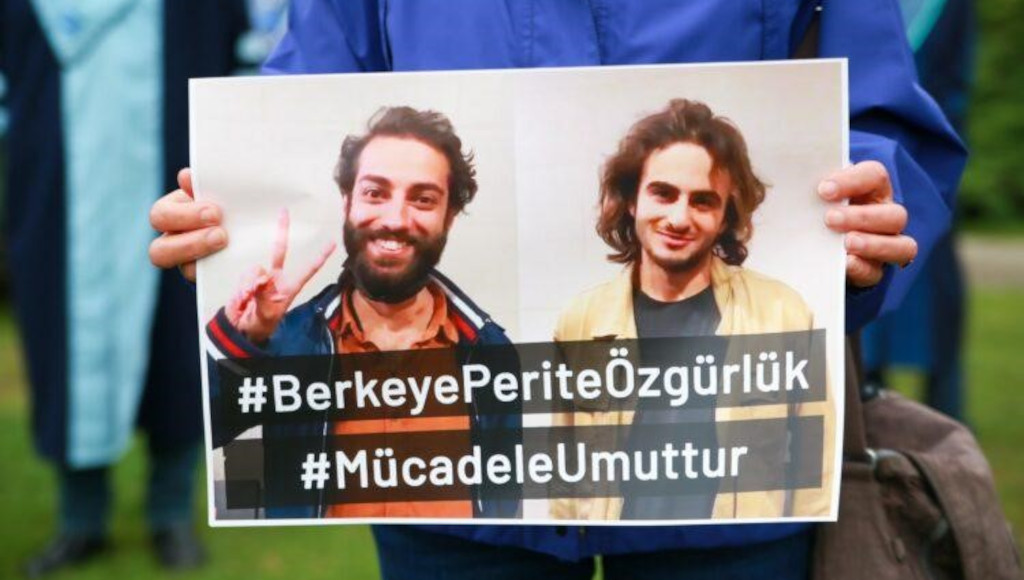 The students’ lawyers said both students, Berke Gök and Pelit Özen, had been in İstanbul’s Metris Prison for over a month. According to the lawyers, authorities have yet to prepare an indictment, meaning it is still unclear when they will appear in court. Until their first appearance in court, the students will remain in their solitary cells.

The students were arrested on October 8 for resisting law enforcement officers and violating the law on meetings and demonstrations.

A prolonged series of protests broke out at the university after Turkish President Recep Tayyip Erdoğan appointed Melih Bulu, a founding member of the ruling Justice and Development Party’s (AKP) Sarıyer district branch and former deputy chairman of the AKP’s İstanbul provincial chapter, as rector in early January.

Students claimed the move was a part of Erdoğan’s broader effort to centralize control over universities and that it undercuts academic freedoms and democracy.

Since early 2021 hundreds demanding the resignation of Bulu and the appointment of a rector from the university staff after the holding of an election have been detained for participating in the youth-driven protests.

Their lawyers have said Gök and Özen’s arrest has disrupted their education and that the students should be immediately released.

The students’ arrest has also sparked international criticism. Edward Frenkel, a professor in mathematics at the University of California Berkeley, said on Twitter the news of the student arrests were disturbing and that they should be immediately released and allowed to continue studying.

Disturbing news from Turkey where two students of Boğaziçi University, Enis Berke Gök & Caner Perit Özen, have been imprisoned for over a month for participating in protests against the gov't appointed rector. They should be released immediately and allowed to study.
THREAD 1/5 pic.twitter.com/C82JoZYy8P

“The students have been denied medicine and textbooks,” said Frenkel. “Arrests were made during widespread peaceful protests on campus that have been going on for over 300 days.”

Frenkel added that one cannot have a vibrant society and economy if freedom of expression is not permitted, even in its elite academic institutions.

However, Erdoğan on August 20 appointed Naci İnci, a former deputy to Bulu, as the new rector, despite a 95 percent disapproval rating he received in polls held among the university community to determine possible rector candidates, again prompting outrage among academics and students.