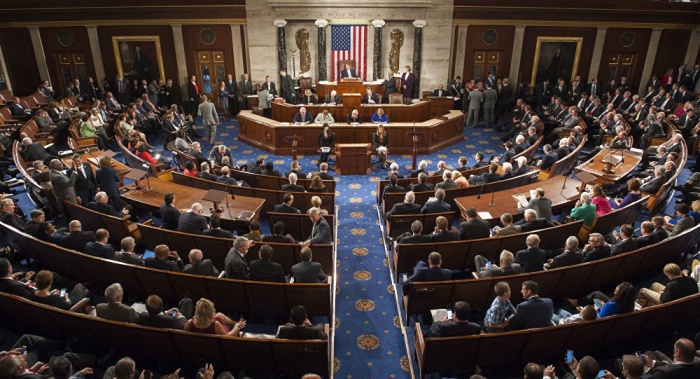 Led by US Congressman Chris Pappas, 41 US lawmakers wrote a letter to Secretary of State Antony Blinken opposing US plans to sell Turkey F-16s, according to a press release by Pappas.

In the bipartisan letter, lawmakers also demanded information from the State Department following recent reports of a request from Turkey to purchase 40 F-16 fighter jets and dozens of modernization kits for its existing warplanes from the United States.

Hellenic Caucus Co-Chairs Representatives Gus Bilirakis and Carolyn Maloney were also among the signatories of the letter.

“In October it was reported that Turkey requested to purchase ‘40 Lockheed Martin-made F-16 fighter jets and nearly 80 modernization kits for its existing warplanes.’ On October 17, Turkish President Erdogan told reporters that the United States ‘has proposed the sale of a batch of F-16 fighter jets’ but the reported sale has yet to be confirmed. We have noted that your Department has declined to answer questions about the LOR (Letter of Request), citing policy of not commenting before Congress has been notified of the LOR. We believe that the widespread reporting on Turkey’s request, as well as President Erdogan’s own statements, provide us sufficient basis to declare our opposition to this potential sale,” the lawmakers wrote.

“We share your goal of a Turkey that is rooted to the West, but we will not achieve that goal if the Erdogan government escapes accountability for violating US law and the standards of the NATO alliance,” they said.

“Turkey’s illegal and unfettered actions are indicative of President Erdogan’s transformation of Turkey to a rogue state led by a leader with a nationalistic philosophy, Neo-Ottoman ambitions, and a complete disregard for following international law,” said Congressman Bilirakis. “Erdogan continues to violate American law (the Countering American Adversaries through Sanctions Act, or CAATSA), which alone makes Turkey ineligible for new F16s. But beyond his violation of CAATSA, he also acts contrary to American interests, with his dangerous behavior contributing to the instability of the region. For all these reasons, we absolutely should not sell Turkey F-16s.”

The State Department must approve the sale of new F-16 jets, and the US Congress can also block it.