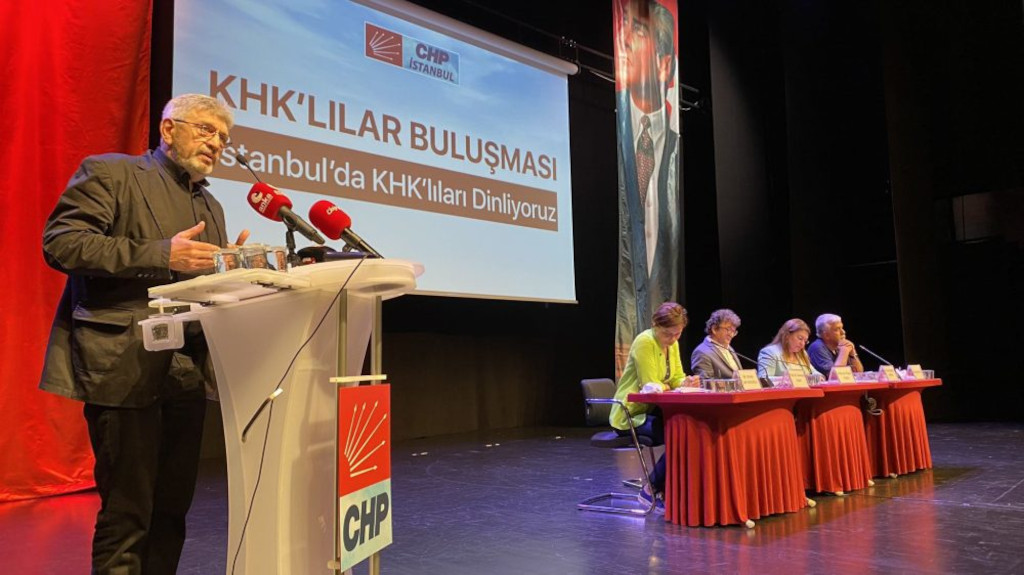 Hundreds of former public servants have sent e-mails to a new mailing list set up by the main opposition Republican People’s Party (CHP) complaining about the rights violations they experienced while in the process of being summarily dismissed after a coup attempt in Turkey on July 15, 2016, the Stockholm Center for Freedom reported, citing the Duvar news website.

The CHP started meeting with dismissed public servants in eight cities but set up the mailing list “[email protected]” for those people who were unable to attend and share their experiences in person. More than 3,000 people attended the meetings.

Following the abortive putsch, the Turkish government declared a state of emergency and carried out a massive purge of state institutions under the pretext of an anti-coup fight. More than 130,000 public servants, including 4,156 judges and prosecutors, as well as 29,444 members of the armed forces, were summarily removed from their jobs for alleged membership in or relationships with “terrorist organizations” by emergency decree-laws subject to neither judicial nor parliamentary scrutiny.

Many former public servants described their experiences as “social death” during the meetings. Some were dismissed for alleged links to the Gülen movement, while others were fired for participating in left-wing protests or having family members who took part in such demonstrations.

Gülizar Biçer Karaca, from the CHP, said one person was dismissed because their sibling took part in a demonstration organized by the Kurdistan Communities Union (KCK), a political organization that supports the establishment of an independent Kurdish state.

However, the sibling who was said to have participated in the protest had not been fired from their job.

Another woman complained she was let go for sending her daughter to a school affiliated with the Gülen movement.

“In this case, the woman had never married and had no children,” said Karaca. “She obtained legal documents proving she did not have children, but her dismissal was not reversed.”

Dismissing the investigations as a Gülenist coup and conspiracy against his government, Erdoğan designated the movement as a terrorist organization and began to target its members. Erdoğan intensified the crackdown on the movement following the coup attempt on July 15, 2016, that he accused Gülen of masterminding. Gülen and the movement strongly deny involvement in the abortive putsch or any terrorist activity.

Karaca said the individual accounts were collected and written in the form of a report, which was then presented CHP Chairman Kemal Kılıçdaroğlu.

She added that institutions set up to monitor rights violations had not done their job.

Karaca pointed out that the State of Emergency Procedure Investigation Commission (OHAL Commission), an appeals commission established in 2017 to review complaints filed by dismissed public servants, had recently made very controversial decisions.

The commission refused to reinstate Dr. Nail Dertli, Dr. Ahsen Deniz Morva, Dr. Erhan Keleşoğlu and Dr. Hakan Ongan in its first ruling about the group of academics known as the “Academics for Peace.”

Many of the 1,128 Turkish academics who signed the petition calling on the Turkish government to halt military operations in the predominantly Kurdish southeastern region of the country in January 2016 were dismissed from their positions, sentenced to prison or faced overseas travel bans.

She said the commission should be abolished and it should be courts that decide whether those who have been dismissed can be reinstated.

“It takes a very long time for the commission to make a decision on individual cases,” said Karaca. “On average it takes at least two years for one case to be finalized, and the commission cannot condemn people to a continuing violation of their rights for such long periods of time.”

The commission was set up as an appeals body under pressure from the Council of Europe in order to relieve the European Court of Human Rights (ECtHR) of a huge workload emanating from tens of thousands of Turkish applicants who couldn’t take their cases to Turkish courts. According to critics, the commission’s role is simply to delay or prevent possible ECtHR decisions against Turkey. The commission is also accused of bias as it is led by former Justice Ministry deputy undersecretary Selahaddin Menteş, who had been openly supportive of President Erdoğan.