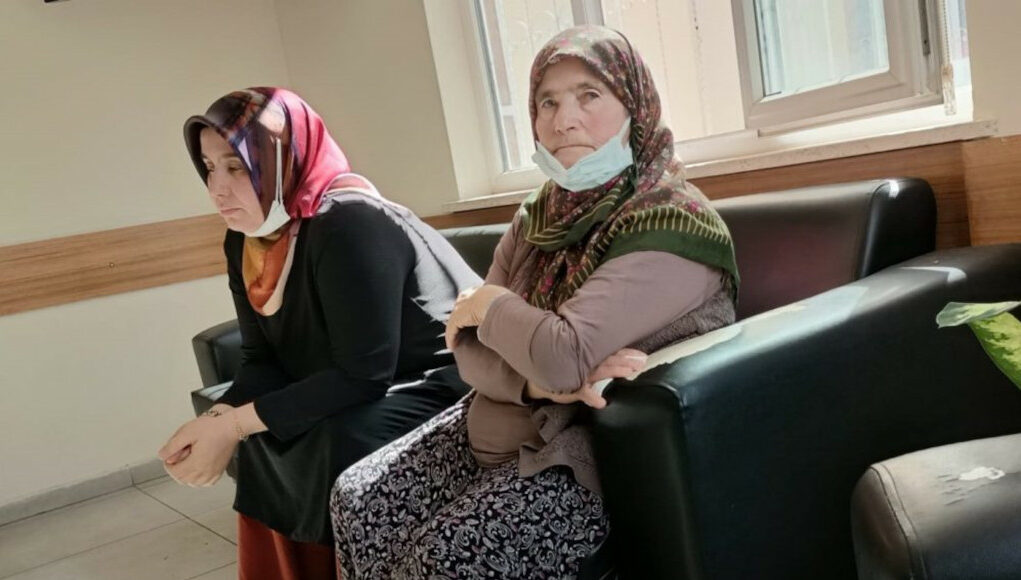 The mother of Ayşe Özdoğan, a critically ill woman who suffers from a rare form of cancer and was sent to prison, was detained yesterday after demonstrating against her daughter’s arrest, the Stockholm Center for Freedom reported on Wednesday, citing Bold Medya.

Fatmana Karakuzu, 72, started a sit-in in front of an Antalya courthouse yesterday. She was detained shortly thereafter and taken to a police station. Özdoğan’s sister Emine Erdem had announced they would stage a demonstration a day earlier from her Twitter account. Yesterday she said her mother was taken by the police and released five hours later.

“My mother is very tired due to the ordeal, and now we are at the hospital to make sure she is OK,” Erdem said. “But she will continue to demonstrate in front of the courthouse until my sister is released.”

Ömer Faruk Gergerlioğlu, a deputy from the Peoples’ Democratic Party (HDP), criticized authorities and demanded that the elderly woman be released immediately. “So apparently the police are detaining this woman who is trying to prevent her daughter from dying in prison,” he tweeted.

Özdoğan, 34, a former teacher, was handed down a nine-year, four-month sentence for alleged links to the Gülen movement. An appeals court on June 11 upheld her sentence despite severe health problems.

In a controversial decision, the İstanbul Council of Forensic Medicine stated on Oct. 1 that Özdoğan was fit to remain in prison and that there was no sign of metastasis of the cancer in her body.

Özdoğan was sent to prison on Oct. 2 in the western province of Denizli after authorities refused to postpone the execution of her sentence, in a move that has drawn criticism from human rights activists, doctors, opposition politicians, journalists and social media users.

Özdoğan and her husband were detained on April 8, 2019 for alleged links to the movement, but she was released due to her son’s heart condition. Her husband was sent to prison in southern Antalya province.

Özdoğan developed cancer seven months later and underwent an operation on November 12, 2019. However, she was arrested shortly thereafter, convicted and sentenced.

When she was released pending appeal on December 27, 2019, it was already too late for her second surgery, however, as the cancer had spread.

Dismissing the investigations as a Gülenist coup and conspiracy against his government, Erdoğan designated the movement as a terrorist organization and began to target its members. Erdoğan intensified the crackdown on the movement following a coup attempt on July 15, 2016, that he accused Gülen of masterminding. Gülen and the movement strongly deny involvement in the abortive putsch or any terrorist activity.