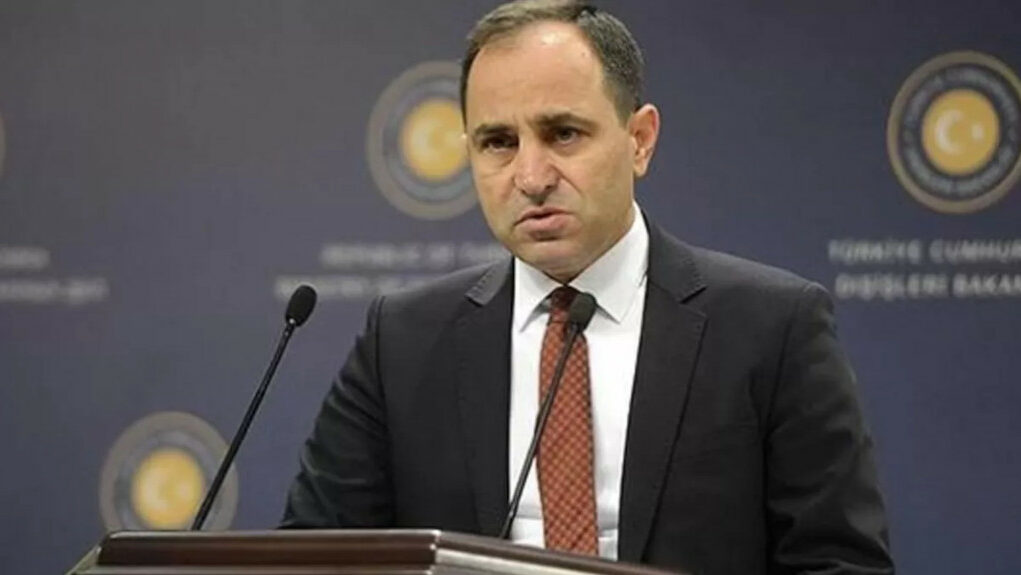 Turkish Foreign Ministry spokesman Tanju Bilgiç on Thursday slammed a call made by 10 ambassadors to the country for the release of a Turkish philanthropist and businessman, depicting it as an “ultimatum,” Turkish media reported on Thursday.

Parisian-born philanthropist and activist Osman Kavala, 64, has been in jail without a conviction since 2017, becoming a symbol of Turkish President Recep Tayyip Erdoğan’s growing intolerance of dissent.

Bilgiç’s remarks came after Erdoğan on Thursday threatened to expel the ambassadors of the United States, Germany and eight other Western countries after they condemned the extended detention of Kavala.

“We have shown our reaction to the statement. No organ, body, authority or person can instruct, give advice to … courts or judges in the exercise of their judicial authorities,” Bilgiç said.

“I told our foreign minister that we cannot have the luxury of hosting them in our country,” Erdoğan told reporters in comments published by the Turkish media.

Kavala has faced a series of shifting charges linked to 2013 anti-government protests and a failed military coup in 2016.

In their statement the US, Germany, Canada, Denmark, Finland, France, the Netherlands, New Zealand, Norway and Sweden called for a “just and speedy resolution to (Kavala)’s case.”

The 10 envoys were summoned to the Turkish Foreign Ministry on Tuesday.

“There is an ongoing judicial process in Turkey. Actually, these countries know very well that they shouldn’t meddle with the judiciary,” Bilgiç said.

Referring to the ambassadors’ statement as an “ultimatum,” the spokesperson stressed that Turkey does not accept it and that it is the duty of ambassadors to refrain from interfering in the internal affairs of the countries where they serve.

Speaking to Agence France-Presse from his jail cell last week, Kavala said he felt like a tool in Erdoğan’s attempts to blame a foreign plot for domestic opposition to his nearly two-decade rule.

“I think the real reason behind my continued detention is that it addresses the need of the government to keep alive the fiction that the [2013] Gezi protests were the result of a foreign conspiracy,” Kavala said in the interview.

Kavala was acquitted of the Gezi charges in February 2020, only to be rearrested before he could return home and thrown back in jail over alleged links to the 2016 coup plot.

The Council of Europe has issued a final warning to Turkey to comply with a 2019 European Court of Human Rights order to release Kavala pending trial.

If Turkey fails to do so by its next meeting on November 30-December 2, the council could vote to launch its first disciplinary proceedings against Ankara.

The proceedings could result in the suspension of Turkey’s voting rights and even its membership.