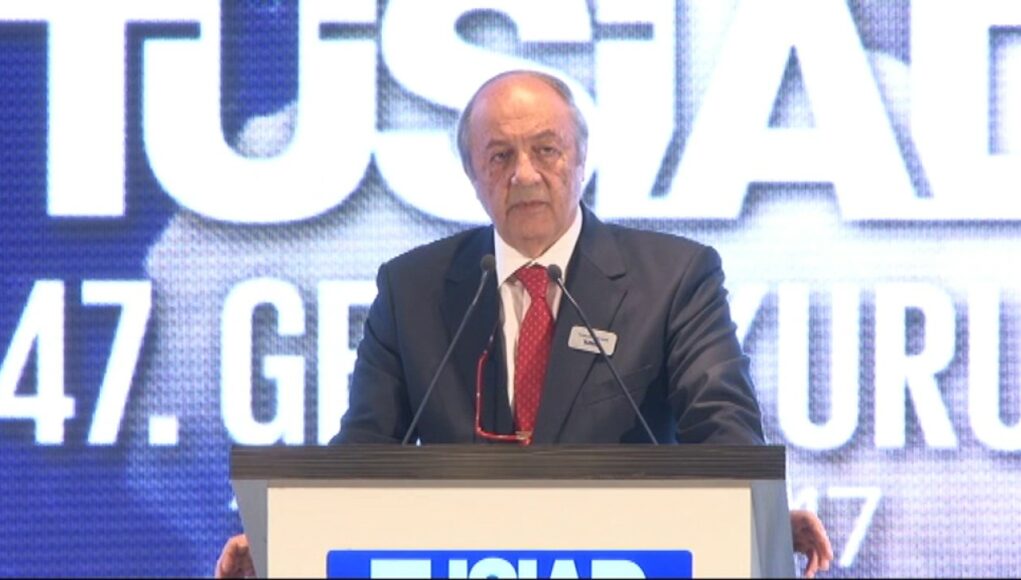 The head of the Turkish Industrialists and Businessmen’s Association’s (TÜSİAD) High Advisory Council said on Tuesday that Turkey must ensure the independence of its central bank, “without leaving any room for argument,” following the sacking of two deputy governors and another high-level official at the bank by a presidential decree issued last week.

“The proper steps to take in this direction are to strengthen the institutions of the market economy and ensure the independence of the regulatory bodies, notably the central bank, without leaving any room for argument,” he added.

Turkish President Recep Tayyip Erdoğan came under fire for his latest reshuffle at the central bank, which took place after he sacked three central bank governors starting in 2019 because they were either raising borrowing costs or not lowering them rapidly enough.

“In democratic countries where rule of law prevails, public servants are appointed and removed at the discretion of the executive branch by powers granted by the legislature, as it should be. However, these appointments need to be administered transparently and with accountability for the proper functioning of a market economy,” TÜSİAD President Simone Kaslowski said after the sacking of the last governor.

However, his push for economic expansion at all costs has seen the annual inflation rate soar to nearly 20 percent — four times higher than the government’s official target.

According to a Reuters report, citing Societe Generale, a French multinational investment bank and financial services company headquartered in Paris, following the reshuffle at the central bank, Erdoğan “has effectively removed all opposition to his unorthodox view that high interest rates cause high inflation.” Therefore the bank would likely cut its key rate by another 100 basis points on Thursday, the report said.

This comes after the bank surprised markets with an equal easing last month, pushing the lira to a record low 9.8 versus the dollar by year-end.

Despite the “irrationality” of further rate cuts now, “there is no longer any point to ascribing traditional economic arguments in considering the [central bank’s] likely course of action,” Reuters quoted the Societe Generale report as saying.