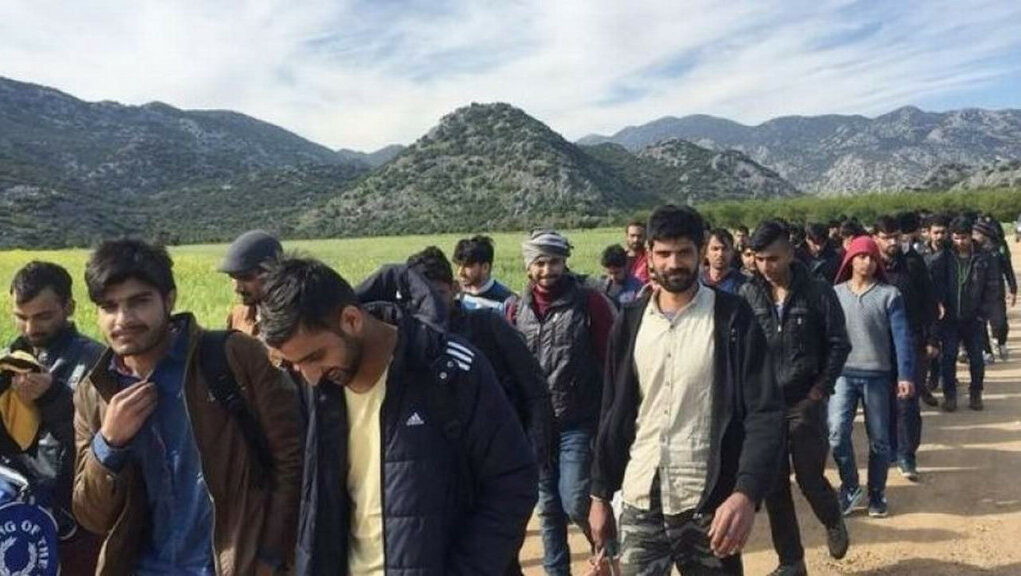 Turkish authorities are summarily pushing Afghan asylum seekers crossing into the country from Iran back to Iran, denying them the right to seek asylum, in violation of international law, Human Rights Watch (HRW) said in a statement on Friday, the Stockholm Center for Freedom reported.

Six Afghans, five of whom were pushed back, told HRW that the Turkish army beat them and their fellow travelers – some to the point of breaking their bones – and collectively expelled them in groups of 50 to 300 people as they tried to cross the border to seek safety in Turkey. Some families were separated in the process.

“Turkish authorities are denying Afghans trying to flee to safety the right to seek asylum,” said Belkis Wille, senior crisis and conflict researcher at Human Rights Watch. “Turkish soldiers are also brutally mistreating the Afghans while unlawfully pushing them back.”

The human rights watchdog said German Chancellor Angela Merkel, who is scheduled to visit Turkey on October 16, 2021, should push the Turkish government to end its summary expulsions of Afghans; investigate allegations of collective expulsions and rejections at the border and the denial of the right to seek asylum; and remedy such instances.

From September 25 to October 11, Human Rights Watch remotely interviewed six Afghans, five of them in hiding in Turkey to avoid being expelled to Iran, and one who had been forcibly returned to Iran for a third time. All had fled Afghanistan shortly before or after August 15, when the Taliban took control of Kabul.

They said they had traveled through Pakistan and Iran and that Iranian smugglers took them to the mountainous border with Turkey in the middle of the night and told them to run across. Turkish soldiers started firing above their heads, and two said the soldiers had brutally beat them.

While one of the Afghans successfully remained in Turkey on his first try and one was deported back to Iran, the other four said Turkish soldiers forced them back as many as three times before they succeeded in remaining in Turkey.

Two said Turkish forces destroyed their possessions and those of everyone in the group they were expelled with. “Once they arrested us, they confiscated our phones, money, food, and anything else we were carrying and burned all of our things in a big fire,” one woman said. “I assume they did this to send the message that we should not try to cross the border again.”

One man said they stripped the men in his group down to their boxer shorts and burned the clothes and all their belongings, then forcibly returned them.

One man said soldiers beat them with the butts of their guns and that several men in his group had broken hands, arms and legs from the beatings. “It took 10 days for the pain to go away, but for my friend it was worse,” he said. “He had to get our smuggler to take him to a doctor in Iran who treated him for a broken arm and leg.”

Another man said: “The second time I crossed into Turkey I saw the Turkish soldiers beating people crossing with me to the point that they were covered in blood and had big wounds to their heads. They beat me for about 20 minutes with the butts of their guns and sticks, leaving me bleeding.”

Three Afghans said that while they were not seriously beaten themselves, they saw soldiers brutally beating, including with heavy hoses, others running with them. “There was one very tall soldier, with his face concealed,” a woman said. “He was like a madman, wildly beating my brother with a stick and yelling, ‘Why did you come here?’”

One man said a man in his group was forced back with him to Iran, while his wife and children were taken to a detention center in Turkey. He said police arrested him in a town 180 kilometers west of the border and brought him to what looked like a refugee camp that was being used as a detention center, where his group joined about 135 people.

He and another man said that after they were sent back to Iran with their group, thieves abducted the group and demanded ransoms to release them. “The thieves came in cars and on motorbikes, wielding knives and sticks,” he said. “They demanded that we get our families to send US$100 per person. We got our smuggler, who we could reach on the phone, to send them the money, and then of course we owed that money to the smuggler afterward.”

The other man said the thieves held them for two days, took all their belongings including cash, beside their phones, and forced them to call their relatives to send money through brokers in Iran.

Turkey hosts the world’s largest number of refugees, 3.7 million from Syria granted temporary protection status, and over 400,000 refugees and migrants from Afghanistan, Iraq and other countries. Human Rights Watch has previously documented illegal pushbacks and beatings of asylum seekers, including to Syria, and the media has reported on the violent pushbacks of Afghans to Iran.

While most people interviewed said they were forcibly returned close to the border, one said he and eight of his relatives were deported after they went to a local immigration office in Turkey. He said they went to the office because they were ill and needed to be allowed to go to a hospital.

“When we got there, the authorities arrested us and took our phones and turned them off, so the rest of our family had no idea what happened to us,” he said. “They held us for two nights and one day, and only fed us twice … after the second night they put us onto buses with about 100 other people and drove us to the border. One soldier at the border told us: ‘Here is the border. Don’t come back. If you do, we will beat you.’”

“All governments receiving Afghan asylum seekers and other migrants, including Turkey, should fully respect international refugee and human rights law, as enshrined in the 1951 Refugee Convention, human rights treaties, and customary international law,” HRW’s statement said. “Notably, the obligation of nonrefoulement prohibits returning anyone to a place where they would face a real risk of persecution or threats to their lives or freedom, torture, or other serious harm.”

Iran also continues to deport Afghans to Afghanistan. For example, Iran deported 28,735 Afghans back to Afghanistan in the span of three days in early September.

The human rights watchdog said the UN Refugee Agency (UNHCR), governments and other actors should monitor, document and challenge pushbacks at Turkey’s borders. Governments with embassies in Turkey should support Turkey to register and protect Afghan asylum seekers and press Turkey to allow all agencies working for refugees to freely assist and help protect all Afghans, including those who are unregistered.

HRW also called on the Council of Europe commissioner for human rights, the European Commission and European states to publicly press Turkey to refrain from summarily expelling Afghan refugees to Iran, where they are at risk of chain deportation to Afghanistan and other serious harms.

“EU member states should not consider Turkey a safe third country for Afghan asylum seekers and should suspend all deportations and forced returns of Afghan nationals, including to third countries like Turkey where their rights would not be respected,” Wille said. “They should also ensure that Afghans entering the EU via Turkey have access to fair and efficient asylum procedures.”