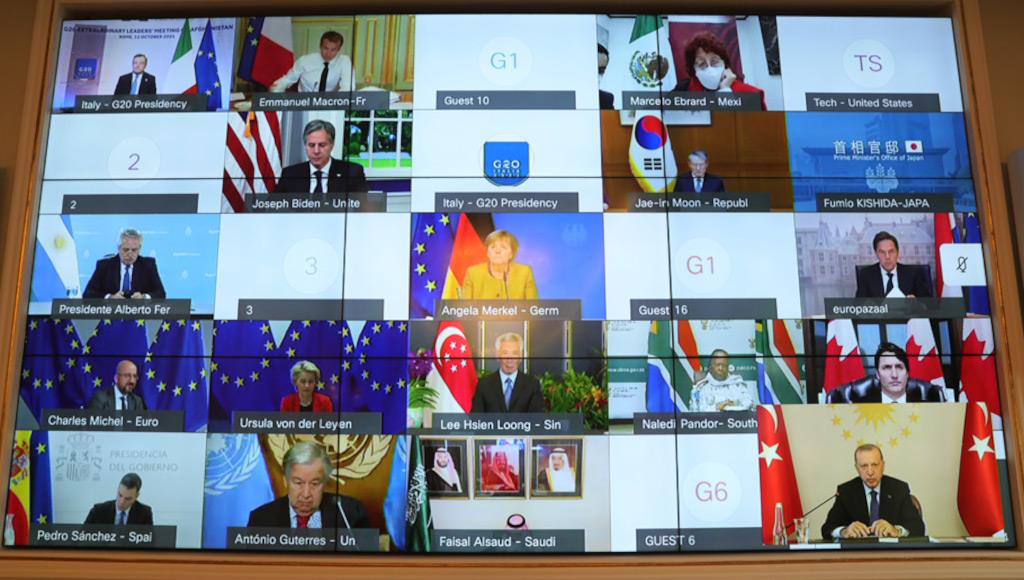 European countries will be affected by a wave of migration from Afghanistan that Turkey already faces on its southern and eastern borders, President Recep Tayyip Erdoğan said on Tuesday, the Stockholm Center for Freedom reported, citing the state-run Anadolu news agency.

Speaking at the G20 extraordinary meeting on Afghanistan via video conference, Erdoğan said developments in Afghanistan increase the risk of a migration flow and that Turkey can’t shoulder a new burden of migration from Afghanistan.

President Erdoğan also proposed the formation of a working group within the G20, saying Turkey is willing to assume the chairmanship of the group.

“Turkey has no duty, responsibility or obligation to be Europe’s refugee warehouse,” Erdoğan earlier said in a televised address and called on European countries to shoulder the responsibility for Afghans fleeing the Taliban.

Turkey, which hosts some 3.6 million registered Syrian refugees, has been facing an increasing number of Afghans attempting to enter the country through Iran since the Taliban took control of the Afghan capital of Kabul. Between 500 and 1,000 Afghans are estimated to have arrived in Turkey each day since early July, according to Turkish media reports.

In order to fend off illegal migrants the Turkish government has been building a wall on its border with Iran.

The Taliban’s offensive has revived memories in Europe of a 2015-16 refugee crisis that Turkey helped stop by sheltering millions of people in exchange for billions of euros in aid.

On March 18, 2016 the European Council and Turkey reached an agreement aimed at stopping the flow of irregular migration via Turkey to Europe. According to the EU-Turkey Statement, all new irregular migrants and asylum seekers arriving from Turkey in the Greek islands and whose applications for asylum are declared inadmissible should be returned to Turkey. The EU pledged €3 billion in 2016-2017 and another €3 billion in 2018-2019 to Turkey as its part of the deal.

In September Turkish Foreign Minister Mevlüt Çavuşoğlu said Ankara would not agree on a new migration deal with the EU that is limited to financial assistance in return for Turkey hosting refugees.