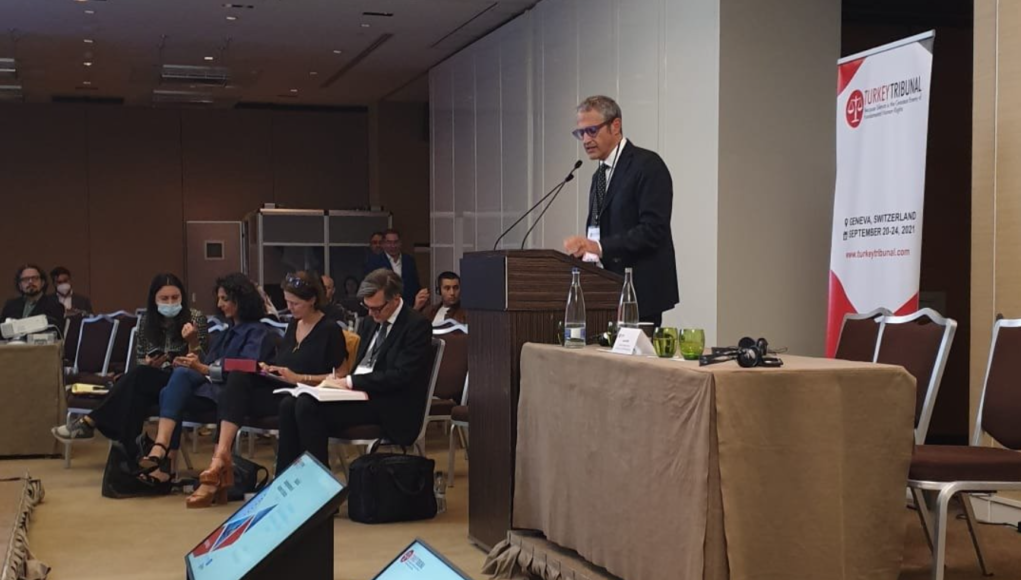 The judges of the Turkey Tribunal, a civil society-led, symbolic international tribunal established to adjudicate recent human rights violations in Turkey, on Wednesday heard rapporteur Luca Perilli present a report on Turkey’s judiciary that claimed an attempted coup in 2016 was an invaluable opportunity for Ankara to implement wide-ranging purges of an independent judiciary.

Perilli’s report underlined that the improvements introduced by a constitutional amendment in 2010 for an independent judiciary were reversed after a graft probe in 2013 targeted the inner circle of then-prime minister and current President Recep Tayyip Erdoğan.

Saying that the year 2013 was an irreversible turning point for the protection of human rights in Turkey and for the Turkish judiciary, the report stated: “Then, in December 2013, when some prosecutors started to investigate in the secret rooms of the Government in a corruption scandal, the Executive decided, in few days, to shatter the independent High Judicial Council of Judges and Prosecutors (HYSK) and to regain political control over the judiciary. December 2013 signs the start of the race to the bottom for the rule of law in Turkey.”

The December 17-25 bribery and corruption investigations shook the country back in 2013. The probe implicated, among others, the family members of four cabinet ministers as well as Erdoğan’s children.

Despite the scandal resulting in the resignation of the cabinet members, the investigation was dropped after prosecutors and police chiefs were removed from the case. Erdoğan, officials of the ruling Justice and Development Party (AKP) and the pro-government media described the investigation as an attempt to overthrow the government.

“The rapid decline of rule of law in Turkey is, therefore, not connected with the attempted coup d’état of 15 July 2016. On the contrary, the attempted coup d’état was a ‘gift from God,’ as President Erdoğan declared shortly after the facts, an invaluable occasion for the Government to implement wide purges against an independent judiciary, political opponents, and critical voices,” the report said.

The government-led purges targeted real and alleged members of the Gülen movement, which is regarded as a terrorist organization by Ankara and is accused of masterminding the 2016 abortive putsch.

Despite the strong denial of Gülen and his followers of any involvement in the coup attempt or in any terrorist activity, more than 130,000 public servants, including 4,156 judges and prosecutors, were summarily removed from their jobs for alleged membership in the faith-based group in the aftermath of the attempted coup.

The judges commended Perilli for the clarity of the extensive report. Judge Johann van der Westhuizen said he was very familiar with the findings of the report as they resemble some the cases in some African countries he previously observed.