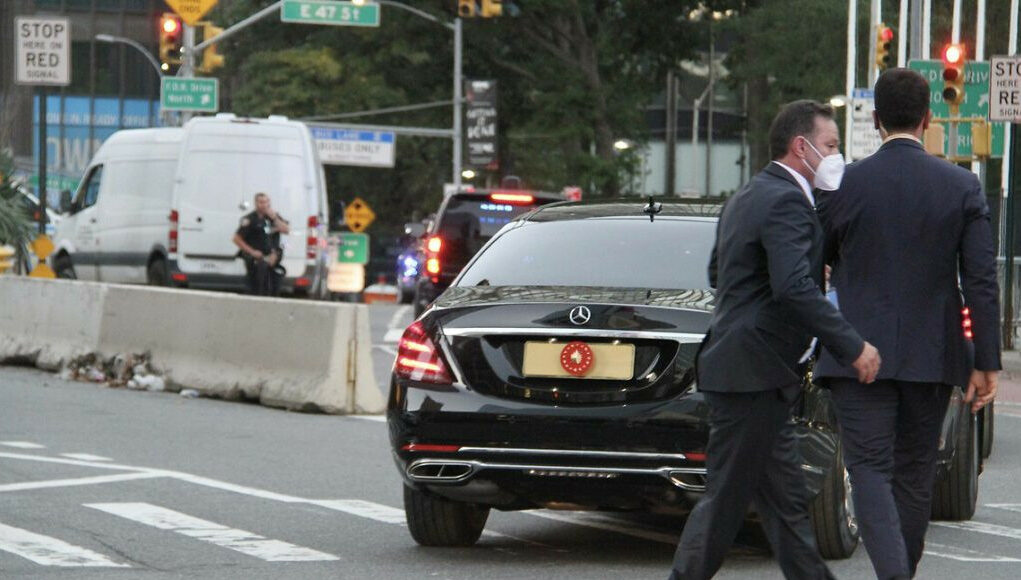 President Recep Tayyip Erdoğan took two armored cars with him when he flew to the US to attend a United Nations meeting this week, incurring a huge bill for their transportation, the Kronos news website reported on Wednesday.

Ruling Justice and Development Party (AKP) leader and President Erdoğan is using two armored vehicles, each with a price tag of $4.6 million, during his four-day visit to the US.

Erdoğan flew to New York on Sunday to attend the United Nations General Assembly, and the two armored Mercedes S600 Guards he was using in Turkey as his official vehicles were transported from Esenboğa Airport in Ankara to JFK in New York on a military cargo plane.

The cost of transporting the two armored vehicles was $270,000, Kronos reported, citing a source.

This is not the first time Erdoğan has used his official cars abroad. Actually, he has made it a habit to use his own official car on all of his foreign visits since 2017. The two armored Mercedes had been transported to Chile, Peru and Ecuador.

Known for its sophisticated and strong protective system, the car features high engine power, Michelin PAX run-flat tires with an additional tire pressure monitoring system that allows an escape from the danger zone up to a distance of 30 kilometers even with damaged tires as well as an emergency fresh air system protecting occupants from the ingress of smoke or irritant gases.

Erdoğan’s and his family’s lavish lifestyle and penchant for luxury have been increasingly attracting public criticism, particularly at a time when the country has been going through financial and economic woes, exacerbated by maladministration and the COVID-19 pandemic.

When Erdoğan on Monday inaugurated the “Türkevi” (Turkish House) in New York City, a 36-story high rise that cost Turkey $291.2 million to build, social media users voiced criticism that the money could have been put to better use, especially at a time when university students in Turkey are protesting high dormitory and rental prices.

A number of social media users shared photos of Türkevi under the hashtag #barınamıyoruz (We can’t shelter) in reference to a group of university students who call themselves the “We Can’t Shelter” movement and are conducting vigils in which they sleep outdoors so as to protest high dormitory and rental prices.

Some users argued that the $291.2 million spent on the construction of the high rise would have been enough to build student dormitories in Turkey to house 35,000 students.