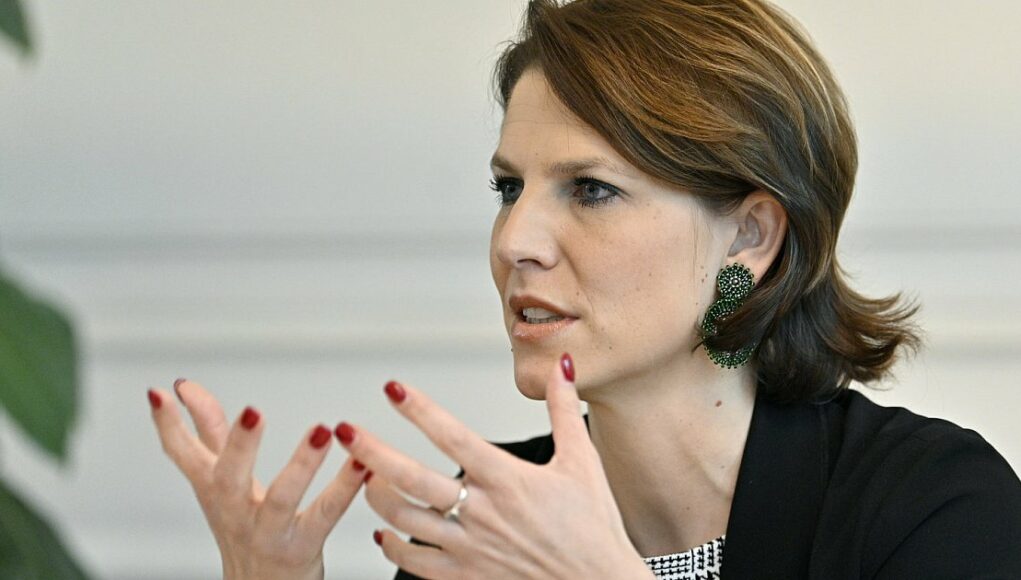 Austria’s minister for the European Union and the constitution on Thursday accused Turkey of using migrant flows as a means to pressure the 27-member bloc for its own purposes and warned that the EU won’t be “blackmailed” by any country, the Stockholm Center for Freedom reported, citing The Associated Press.

Karoline Edtstadler said countries on the EU’s external borders like Cyprus won’t be left alone to fend for themselves amid an influx of new migrants.

“Turkey [using] migration and migrants as a tool to pressure the European Union, we will not accept that,” Edtstadler said after talks with Cypriot Foreign Minister Nikos Christodoulides. “We as [the] European Union won’t be blackmailed — not by Turkey, not by Belarus, not by any other country in the world.”

She urged collective EU action in what she termed as “mandatory solidarity” to deal with migrant inflows at their source — in countries from which people are fleeing and those that are used as transit points to reach the bloc.

But Edtstadler said relocating migrants to Austria from frontline EU countries is off the table for her country because it’s already dealing with a “big burden” after having hosted more than 120,000 asylum-seekers since 2015.

“The red line in Austria is relocation, because we [have already] accepted a huge [number] of asylum-seekers,” said Edtstadler. “And it is also a question of integration, where we face a lot of challenges still today.”

Christodoulides repeated that Cyprus has received the most first-time asylum applications relative to its population than any other EU member country for the fourth straight year. He said close to 80 percent of those asylum-seekers come from Turkey directly or through the Turkish Republic of Northern Cyprus (KKTC), a breakaway state recognized only by Turkey.

The KKTC was founded after Turkish intervention on the island in 1974, which followed a coup by Greek nationalists who sought unification with Greece amid a civil war between Greeks and Turks living on the island.

The Cypriot foreign minister suggested that the EU could cut off funding to Turkey for failing to live up to its obligations under a 2016 agreement to stem the flow of migrants heading toward Europe, in return for visa-free travel for Turkish citizens and substantial EU financial support.

Turkey, which already hosts the world’s largest refugee population, including 3.7 million Syrians, is concerned about a potential influx of refugees fleeing the Taliban.

“So as [the] European Union, we need to react and send a clear message to Turkey,” Christodoulides said.