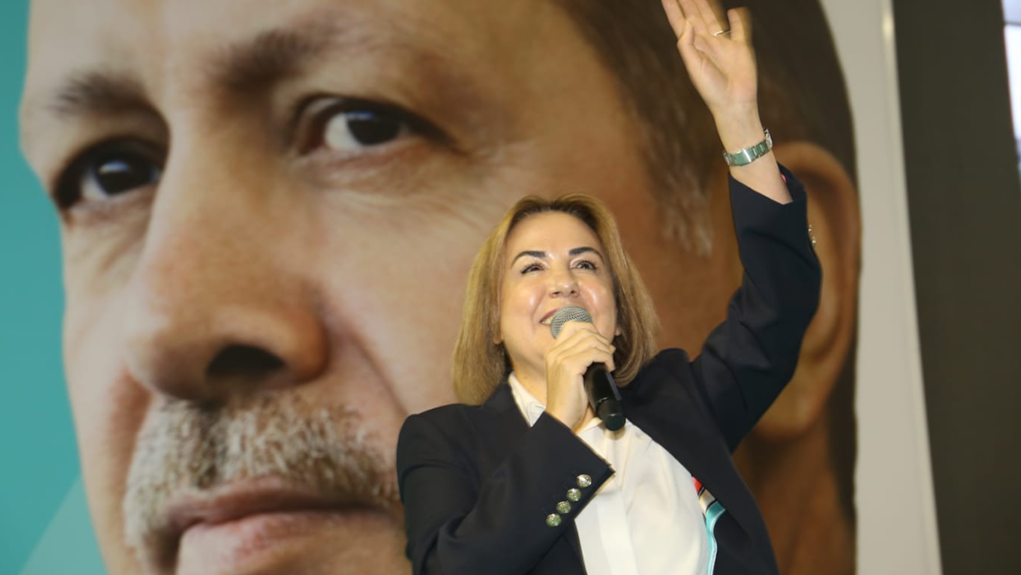 A lawmaker from the ruling Justice and Development Party (AKP) insulted two police officers who stopped her car after receiving a complaint, calling them “idiots,” according to a video posted by a main opposition Republican People’s Party (CHP) MP, Turkish media reported on Monday.

In the video CHP deputy Ali Mahir Başarı posted on Twitter, AKP lawmaker Zeynep Gül Yılmaz’s car is stopped by two police officers who explain the reason for stopping her car, but Yılmaz insults the police officers and calls them “idiots.”

Yılmaz’s car was stopped at a police checkpoint near the Erdemli district of Mersin on July 18, and it turned out that Yılmaz had later gotten the two police officers suspended ahead of the Eid-al Adha holiday.

In the video, Yılmaz tries to learn the names of the police officers who stopped her car.

In his tweet, Başarır said: “Ahead of the last Eid al-Adha, AKP Mersin lawmaker Zeynep Gül Yılmaz had insulted two police officers who stopped her car upon a complaint and wanted to check her ID card at a police checkpoint near Erdemli, Mersin. I brought the incident to the agenda at that time, but Yılmaz denied it. In the video I am posting today, you will witness the disgraceful side of the AKP, the real face of the AKP.”

The suspension of the police officers, as noted by Başarır, had become a trending topic on Twitter with the tags “SidingWithMyPoliceOfficers” and “Zeynep Gül Yılmaz.”

Social media users urged Yılmaz to resign and that she be expelled from the party.

Although Yılmaz initially denied the accusations, she made a statement on social media after Başarır posted the video.

Yılmaz argued that she was subject to unlawful treatment by the police officers.

“I am sorry… Although I stopped my car and presented my ID, I was kept there for half an hour unlawfully and deliberately by the police officers, who were not wearing masks. I’m sure the people will understand,” she tweeted.

Meanwhile, the Mersin Governor’s Office issued a statement regarding the incident showing support for the AKP lawmaker. “The police officers exceeded their authority,” the statement said.