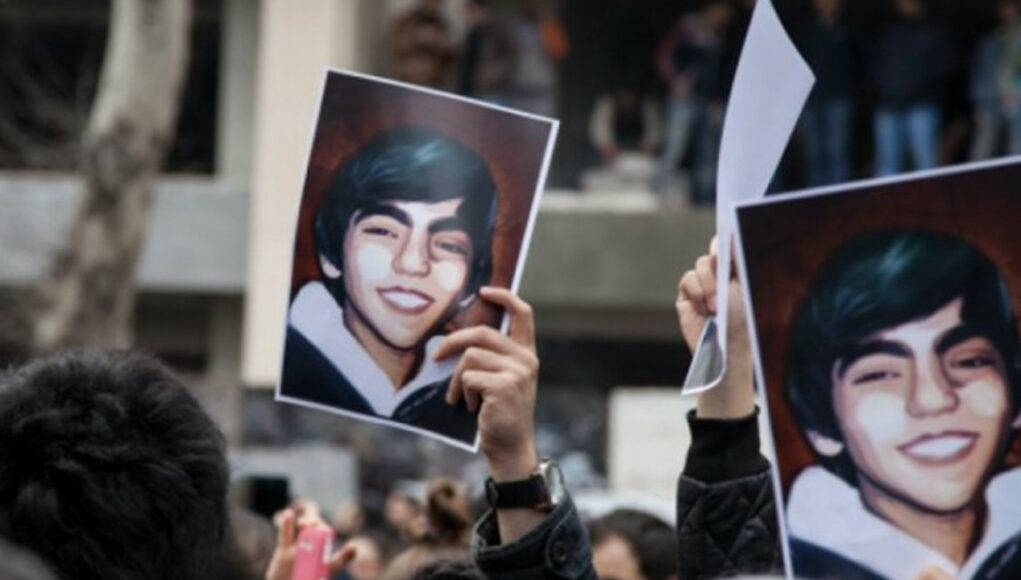 A Turkish court has declined to arrest a police officer convicted of causing the death of Berkin Elvan during the anti-government Gezi Park protests in İstanbul in 2013 by shooting the 14-year-old in the head with a tear gas canister, preferring to leave him free on appeal after handing down a 16-year sentence.

Elvan died on March 11, 2014 after remaining in a coma for 269 days. He was 14 when the police officer shot him in the head with a tear gas canister and 15 when he passed away.

The İstanbul 17th High Criminal Court sentenced Fatih Dalgalı, the only suspect in the case, to life in prison on charges of “intentional murder,” but the sentence was reduced to 16 years, eight months because the murder was committed on “eventual intent,” Turkish media reports said.

The court did not arrest Dalgalı but placed him under judicial supervision and imposed a travel ban. Dalgalı will start serving his time if the Supreme Court of Appeals approves the prison sentence handed down to him.

“They set the sentence in line with my boy’s weight [when he died]. 16 years for 16 kilos. … I don’t accept this ruling,” Gülsüm Elvan, Berkin’s mother, told reporters after the hearing, referring to her son dropping from 45 to 16 kilos while in a coma.

The mother, who held then-prime minister and current President Recep Tayyip Erdoğan responsible for Berkin’s death because he ordered the police to use excessive force to suppress the protests, was attacked by Erdoğan at a public rally in 2014. Erdoğan branded Berkin a terrorist and let the crowd boo the woman.

The mass protests that rocked the country in 2013 started over plans to demolish Gezi Park, one of the rare green spaces in central İstanbul.

The anger quickly spiraled into broader protests against Erdoğan over his authoritarian policies, such as controlling the media and the judiciary.