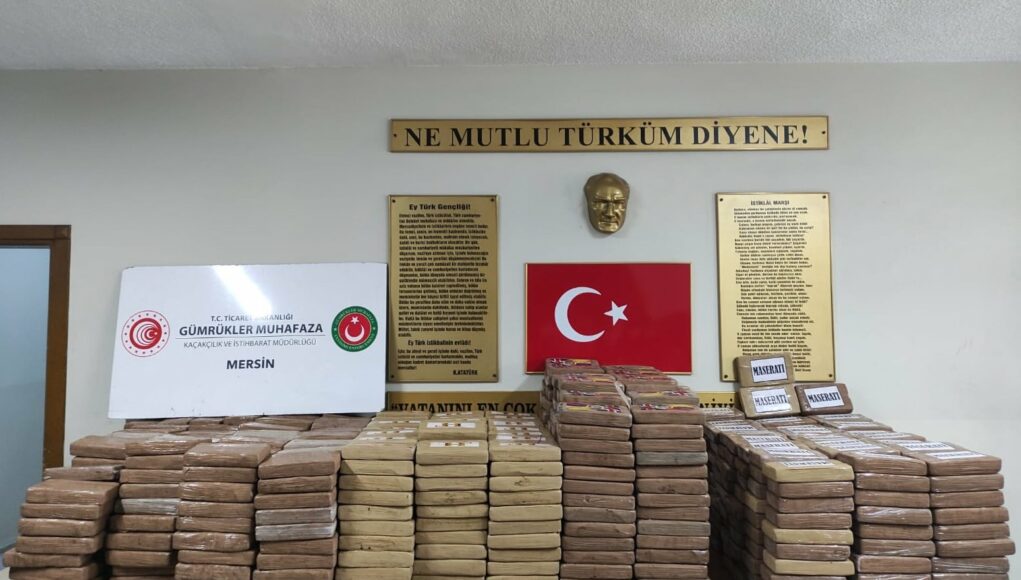 Turkish customs on Wednesday seized one ton of cocaine on a Liberia-flagged ship in the southern province of Mersin, Turkish media outlets reported.

“The customs units of the Trade Ministry have seized one ton of cocaine in the Port of Mersin. This is the largest amount of cocaine ever seized in Turkey. I congratulate our customs units for this successful operation,” Trade Minister Mehmet Muş said in announcing the operation on Twitter.

The Mersin Governor’s Office indicated that 1,000 packets of cocaine weighing one ton in total were seized from a container allegedly carrying bananas from Ecuador, adding that the operation was launched upon a tip and that an investigation is underway.

Erkan Yıldırım, son of Binali Yıldırım, who is currently deputy chairman of the AKP, was part of a major drug trafficking ring involving Venezuela and Turkey, Peker had claimed in a video posted on YouTube.

According to Peker, Erkan Yıldırım traveled to the Venezuelan capital of Caracas in January and February to establish a new drug trafficking route following a raid in Colombia last year when Colombian authorities seized 4.9 tons of cocaine headed for Turkey. Peker said measures implemented by Colombian officials forced the Turkish drug network to find a new route via Venezuela.

Peker, the head of one of Turkey’s most powerful mafia groups who was once a staunch supporter of President Recep Tayyip Erdoğan, has since early May been setting the country’s political agenda through videos he posts on YouTube, each of which reaches over a million viewers on the first day of their release. The mafia boss, who lives in Dubai and is the subject of an outstanding warrant in Turkey, has been making shocking revelations about state-mafia relations, drug trafficking and murders implicating state officials.

Peker’s claim about Erkan Yıldırım was immediately denied by his father, Binali, who told reporters later on Sunday that Peker was lying.

He confirmed that his son went to Venezuela, not this year but in December 2020, and brought test kits and face masks to help the country fight the coronavirus pandemic.

However, statistics show the number of weekly coronavirus cases in Venezuela on average was only 350 in December 2020.

Binali Yıldırım said in a later statement that his son had a special interest in seeing Venezuela and was looking for business opportunities there.