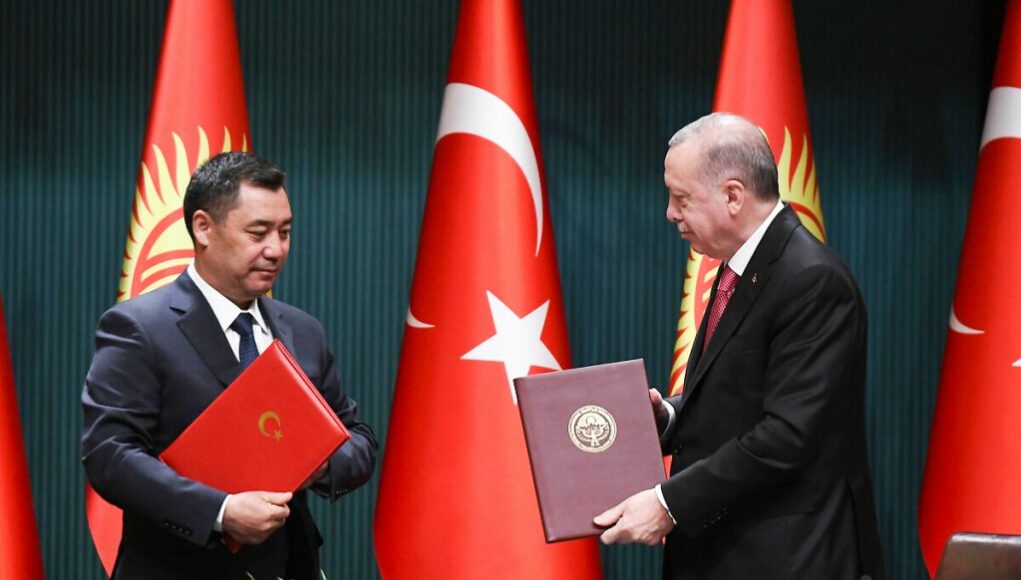 Turkish President Recep Tayyip Erdoğan told his Kyrgyz counterpart during an official visit to Ankara on Wednesday that he has no idea of the whereabouts of a Turkish-Kyrgyz educator who went missing in Bishkek on May 31, according to an aide to the Kyrgyz president.

Erdoğan received Sadyr Japarov with an official ceremony in Ankara amid ongoing demonstrations in Kyrgyzstan protesting the alleged abduction of Orhan İnandı, the founder and president of the Turkish-Kyrgyz Sapat school network operating in Kyrgyzstan who is feared to have been abducted by Turkey’s National Intelligence Organization (MİT) due to his alleged links to the Gülen movement.

Japarov’s press secretary Erbol Sultanbaev told the Bishek-based AKIpress News Agency that the Kyrgyz president raised İnandı’s case during his meeting with Erdoğan and asked him if he knew where he was.

“Recep Tayyip Erdoğan replied he does not know him and he has no information and he does not want to hear anything about Fetö supporters,” Sultanbaev said, using a derogatory term Erdoğan and his government use to refer to the Gülen movement as a terrorist organization.

Turkey claims the founder of the school network is Turkish Islamic cleric Fethullah Gülen, whose movement is accused by the Turkish government of masterminding a failed coup in Turkey in July 2016. The movement strongly denies any involvement in the abortive putsch or any terrorist activity.

Although Japarov ordered the State Committee for National Security and the Ministry of Internal Affairs to conduct an extensive search to locate İnandı, he is being criticized by the Kyrgyz for not pushing for an effective investigation to locate the missing educator.

Locals have been protesting since the suspicious disappearance of İnandı in the hope of finding the missing educator. The protests mostly take place in front of the Turkish Embassy building where İnandı is believed to be held and the parliament and presidential buildings in Bishkek.

Erdoğan’s statement, the first comment made about İnandı’s disappearance by Ankara so far, contradicts a claim by Orhan İnandı’s wife, Reyhan İnandı, and the family’s lawyer, Taalaigul Toktakunova, who say based on information they received, Orhan İnandı is being held at the Turkish Embassy in Bishkek. They refuse to reveal their source for security reasons.

In the meantime, Erdoğan said at a news conference with Japarov on Wednesday that they both agree the Gülen movement poses a threat to their countries.

“We both agree that [the network] poses a national security threat to our two countries,” Erdoğan said.

“I hope we will overcome this threat together, shoulder to shoulder.”

Erdoğan has been targeting followers of the Gülen movement since the corruption investigations of December 17-25, 2013, which implicated then-Prime Minister Erdoğan, his family members, and his inner circle.

Dismissing the investigations as a Gülenist coup and conspiracy against his government, Erdoğan designated the movement as a terrorist organization and began to target its members. He intensified the crackdown on the movement following an abortive putsch on July 15, 2016 that he accused Gülen of masterminding.