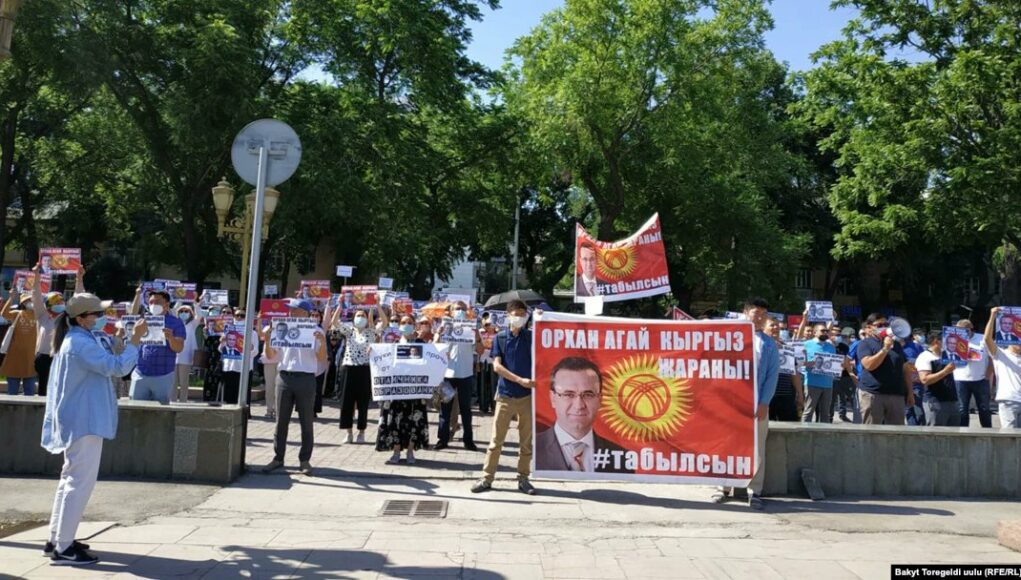 As a journalist who was forced into exile in March 2016 after the regime of Recep Tayyip Erdoğan brutally took over our newspaper, Today’s Zaman, I still have nightmares about Turkey, both literally and figuratively. After all this time, I dream that I’m stuck in my hometown of Istanbul and trying to escape. This trauma was one of the reasons I took a break from active reporting for Turkish Minute and pursued a different path to normalize my life.

Due to the intense climate of fear in the wake of a coup attempt in Turkey on July 15, 2016, only a handful of journalists in exile created content, without their bylines, for Turkish Minute. Despite incredibly limited resources, this modest website has filled a huge void in the absence of free and independent stories from Turkey, particularly in English. I am thrilled to be back for weekly contributions on underreported issues from and about Turkey.

One of the most neglected stories and now a pattern for Turkey is abductions in and outside the country targeting Turkish citizens. Needless to say, Turkey has never been a true adherent of the rule of law although it was always an aspiring European Union member. However, in the first years of Erdoğan’s government, which came to power in late 2002, there was a significant decrease in the number of unlawful abductions, according to a September 2020 report by Turkey Tribunal. The report states that “During the 1980s and 1990s Turkey was confronted with many state-sponsored abductions and disappearances. Human rights organizations estimate that up to 3,500 people forcibly disappeared, with around 450 cases being confirmed. The UN Working Group on Enforced or Involuntary Disappearances registered 214 cases during those years. … Consequently, between 2002 and 2015, only 1 case of enforced disappearance was transmitted to the UN Working Group on Enforced or Involuntary Disappearances.”

These days, Erdoğan’s one-man regime is “proud” to announce the abduction of political opponents under the label of terrorist captures. Several officials have repeatedly claimed that Turkey was involved in more than 100 international abductions. In 25 cases it is beyond reasonable doubt that an abduction was organized by the Turkish state. The numbers keep rising by the day. All the abductees are branded as “terrorists” with links to the Gülen or Kurdish movements.

According to the Turkey Tribunal report, “İsmail Hakki Pekin, former head of the Turkish Armed Forces Intelligence Department, confirmed that, unless the followers of the Gülen movement are ‘returned to Turkey by force, they must be exterminated wherever they are, just like ASALA or the MOSSAD did with the former Nazis.’ The presidential spokesperson İbrahim Kalın publicly stated that operations abroad against the Gülen movement were being carried out ‘under clear instructions’ from President Erdogan.”

What has turned Turkey, once a poster child of democracy in the Muslim world, into a “rogue” state that completely disregards international law? The pretext seems to be, in almost every case, the failed coup of July 15, 2016. Yet, those who follow Turkey closely know that the real reason behind such a swift transformation is Erdoğan’s fear of accountability. Notoriously corrupt, Erdoğan, his family and his cronies must stay in power as long as possible to avoid prosecution. Since the unfolding of massive corruption investigations in December 2013, Erdoğan has had to be involved in worse crimes in order to cover the original one. As we’ve heard in the confessions of Sedat Peker, a Turkish crime boss in exile, on YouTube in the last couple of months, the government itself has turned into a mafia never before seen in Turkey, even in the dark decade of the 1990s. According to Peker’s revelations, the Erdoğan government is now even in charge of drug trafficking in Turkey with ties to countries as far away as Venezuela.

While I’m writing this piece, a group of Kyrgyz nationals are protesting in front of the Turkish Embassy in Bishkek due to the most recent abduction attempt by Turkey. An educator named Orhan İnandı, a dual Turkish-Kyrgyz citizen, disappeared in late May. Reports state that Kyrgyz officials warned him against a possible abduction by his native country of Turkey. His wife claims İnandı is being held at the embassy and pressured to give up his Kyrgyz citizenship to make it easier to return him to Turkey.

Unfortunately, unlike the reaction to the forced diversion of a plane by the Belarus dictatorship to bring a critical journalist back to the country, there has not been much uproar about this case around the world. Although Turkey chooses mostly anti-democratic and corrupt countries for such abductions, Erdoğan’s long arm is trying to reach even Europe. In 2018 two Turkish diplomats planned to abduct a Turkish-Swiss businessman who was allegedly active in the Gülen movement. The Swiss secret service discovered the plot and prevented it, as reported by the media. I will not even go into the details of revoking the passports of critics of the regime as another way to have them deported to Turkey. Since 2016 over a quarter million passports have been arbitrarily canceled by the Turkish government.

The abductions are not limited to overseas. A worse form of kidnapping, enforced disappearances, has gained pace in Turkey, especially since 2016. The victims are predominantly civil servants linked to the Gülen movement who have been purged from their jobs. According to Solidarity with OTHERS, 30 people have been kidnapped inside Turkey since 2016. German-based news site CORREKTIV.ORG issued a detailed report in 2018 on the torture of these victims for months in secret detention centers run by Turkish intelligence.

This is such a high-risk subject for journalists inside the country that enforced disappearances and the eventual torture of these people do not even make the news. Former opposition deputy and doctor who was purged from his job Ömer Faruk Gergerlioğlu was among the very few who dared bring up the issue and has waged a war against rights violations, but he is now serving a prison sentence on conviction of disseminating “terrorist” propaganda in a 2016 tweet.

In the absence of a free media and a concerned international community, these innocent abductees and victims are left on their own. Such helplessness is one of the reasons I feel obliged to write. This is the least I can do in the midst of the horrendous suffering in my once-home country.

Sevgi Akarçeşme is the former editor-in-chief of Today’s Zaman and Turkish Minute.