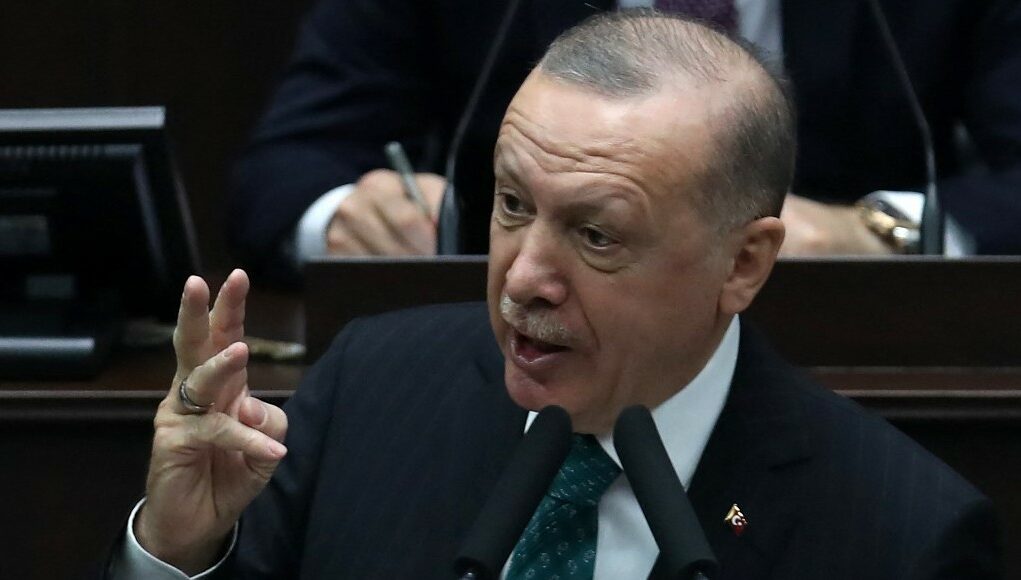 Greek Foreign Minister Nikos Dendias’s visit to Ankara on Thursday ended in disarray when he and Turkish Foreign Minister Mevlüt Çavuşoğlu used their closing statements to accuse each other of discrimination and violating international laws.

“Turkey has violated international laws and conventions in the Aegean Sea and in the eastern Mediterranean,” Dendias told Çavuşoğlu at one point.

“If you harshly accuse my country and people in front of the press, I have to be in a position to respond to that,” Çavuşoğlu retorted.

The oddly undiplomatic press event became the dominant talking point on Turkish news shows and overshadowed what was meant to be an attempt by the two NATO neighbors to repair ties after a year of disputes.

It was the first time the two ministers had met since the two countries teetered on the brink of war when their gunboats collided during a Turkish push into disputed eastern Mediterranean waters last August.

Erdoğan said Çavuşoğlu “could not be any softer” with Dendias because “that would not suit our country or people.”

“Our foreign minister put him in his place in the face of this behavior and attitude,” Erdoğan told reporters after attending Friday prayers in İstanbul.

The Turkish leader said his own meeting with Dendias earlier that day was held in a “warm atmosphere.”

Dendias had also described his talks with Erdoğan as “extraordinary.”

Turkey had said last month that Dendias was coming to prepare what could have been a groundbreaking summit between Erdoğan and Greek Prime Minister Kyriakos Mitsotakis.

But the heated exchange highlighted the deep diplomatic divide that stands between the two neighbors, and no summit was announced.

The disagreements on Thursday included each country’s treatment of their respective Turkish Muslim and Greek Orthodox minorities.

Erdoğan took issue with Dendias’s decision to pay a visit to the spiritual leader of Eastern Orthodox Christians in İstanbul on Wednesday.

“You don’t show the necessary … concern for our 150,000 [Turks in Greece]. You appoint their chief mufti,” Erdoğan said. “We do not appoint the patriarch here.”