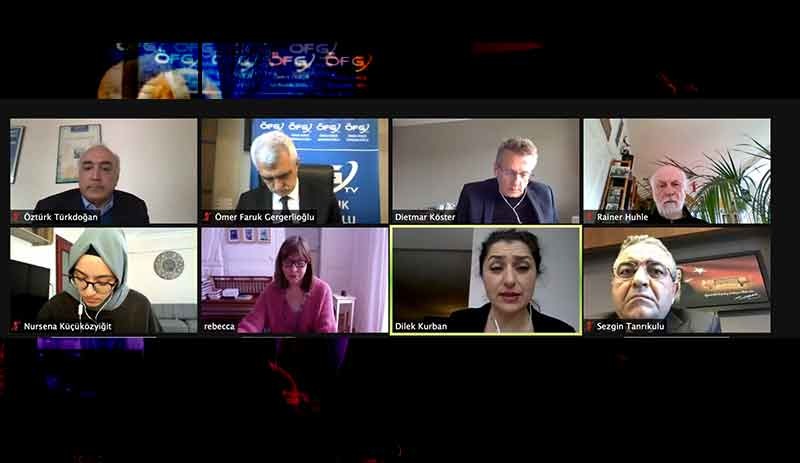 Enforced disappearances are becoming worryingly common in Turkey, and most disappearances are not effectively investigated by prosecutors, said an international group of human rights activists during an online meeting on Tuesday organized by human rights defenders and opposition lawmakers Ömer Faruk Gergerlioğlu and Sezgin Tanrıkulu, the Stockholm Center for Freedom reported.

Participants said it was unfortunate that human rights in Turkey, a candidate for full membership in the European Union, were violated in such a way.

The daughter of Hüseyin Galip Küçüközyiğit, a former bureaucrat who has been missing since December 29, was among the participants.

His daughter Nursena Küçüközyiğit said she contacted the police, who did not help them or respond to their questions. A prosecutor was finally appointed to the case 18 days after Küçüközyiğit went missing. Yet, according to his daughter, the prosecutor decided that there was no need to pursue legal action in the case.

Amnesty International issued an urgent call for action on February 1 for an investigation behind the circumstances of Küçüközyiğit’s disappearance.

Harms said states committed to the principles enshrined in the Universal Declaration of Human Rights should not be complicit in the kidnappings conducted by the Turkish government.

Nearly 30 people have reportedly been abducted by Turkish intelligence since 2016. Most of the abductions targeted members of the Gülen movement, a faith based group inspired by Muslim cleric Fethullah Gülen. Many of the abductees mysteriously reappeared in police custody in Ankara after six to nine-month absences.

Apparently intimated, most of them kept their silence after their reappearance. Speaking at court hearing in February 2020, one of the abductees, Gökhan Türkmen, revealed that he had been held incommunicado at a black site in Ankara run by Turkey’s intelligence agency and subjected to severe torture during his 271-day stay. Türkmen was the object of threats and was sexually harassed and abused during his enforced disappearance. He also alleged that he was visited in prison and threatened no less than six times by officials who introduced themselves as intelligence officers, pressuring him to retract his allegations of abduction and torture made at the February hearing.