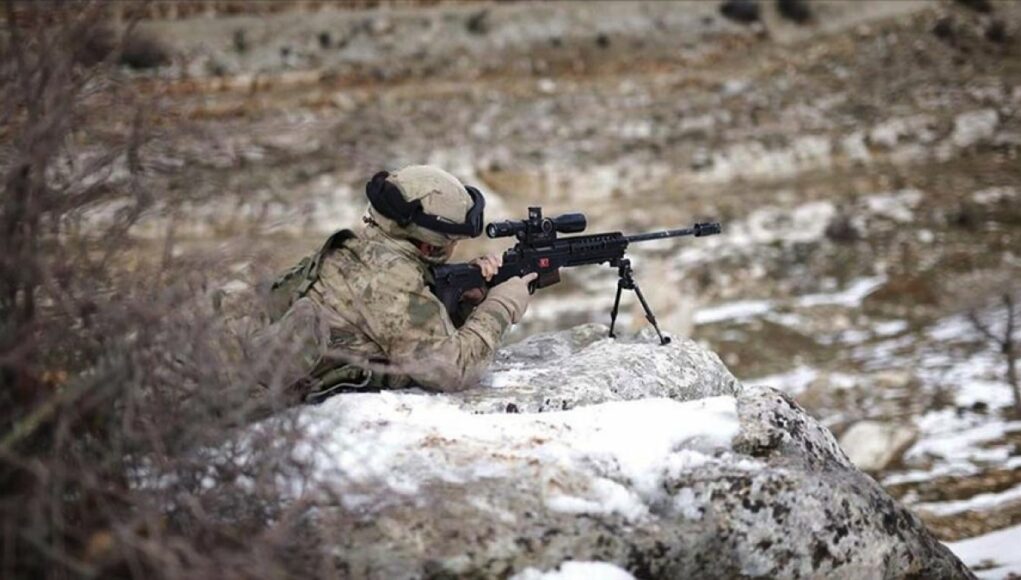 Last week’s botched rescue mission by the Turkish Armed Forces (TSK) in northern Iraq that resulted in the death of all 13 hostages held by the Kurdistan Workers’ Party (PKK) continues to be the main topic of conversation in Turkey as the country debates the timing of the operation and who was responsible for its failure. Defense Minister Hulusi Akar and Chief of General Staff Gen. Yaşar Güler have made contradictory statements on the incident, while the National Intelligence Organization (MİT), which dealt with the intelligence aspect, remains silent.

On Feb. 10 the TSK launched a three-day operation on Gara, a mountainous area near the Turkish border. The objective was to rescue 13 Turkish soldiers, police officers and intelligence operatives who had been previously abducted by the PKK at various times since 2015 and who had since then been held in a cave complex that the militant group was using as a prisoner camp.

Top general Güler said the operation was initiated by F-16 jets from the air force and armed drones, followed by special ops teams that were landed in the area by helicopter. In his presentation, accompanied by various drawings, Güler said they had had intel on the caves beforehand and that special units had trained based on the drawings.

Akar, on the other hand, said the opposite. In a parliamentary session the defense minister said the location had become a new hub for PKK militants to regroup and that is why it was chosen. He avoided describing the operation as a rescue mission. Akar told parliament that the troops were sent to take control of the area after aerial bombardments and that they only advanced towards the caves after they were fired on from there. He said the troops “found out” that the complex had three entrances and that inside they encountered iron doors and bars in five different spots of which they had had no prior knowledge and which hampered the operation.

Akar’s remarks were in contrast with Güler’s declaration that the TSK had detailed reconnaissance on the cave complex before going in.

In a speech on Feb. 15, a day before Akar’s presentation to parliament, President Recep Tayyip Erdoğan had confirmed that it was a rescue operation.

“We planned, through an operation, to rescue these brothers [hostages]. And it was carried out through the concerted action of my defense minister, my chief of general staff and intelligence. However, we were unsuccessful,” Erdoğan said.

The contradictions did not stop there. Mustafa Yeneroğlu, a deputy from the opposition DEVA Party, asked in a written parliamentary question as to the reasoning behind the preliminary aerial bombardment which he said ruined the element of surprise.

Speaking to Turkish Minute, a former Turkish general who was dismissed from the TSK as part of a widespread purge after a failed coup in July 2016 and who wished to remain anonymous for security reasons, also pointed out the same aspect, describing the operation as “utopian.”

“Secrecy is essential to any operation carried out outside national territory. The safety of the rescue team and that of the hostages are the two most important elements. What we are seeing here, however, is that the two captains who commanded the units were martyred by the PKK at the very beginning of the operation,” the general said.

“Prior air strikes and cooperation with the Peshmerga [armed forces of the autonomous Kurdistan Regional Government], who are capable of leaking information, were two factors undermining the secrecy. The air bombardment should have begun at the same time as the raid on the cave. With the loss of the element of surprise, there was not much chance of success, anyway.”

When asked why the operation was undertaken now and in winter conditions whereas the hostages had been held for about six years, the general said: “First of all this was a utopian rescue mission. In mountainous terrain like this, it is impossible to get the hostages out of there safely. Such planning is compatible with the management style of MİT chief Hakan Fidan and Defense Minister Hulusi Akar. More than 150 generals have been dismissed from the TSK in the last five years, particularly officers affiliated with NATO. There were no officers left at the TSK who would dare object to a utopian operation that was designed to serve the government’s political agenda.”

According to the general, the loss of the 13 hostages as well as the two captains is a huge failure that will have traumatic effects on the Special Operations Command, the most elite unit of the TSK.

Who will lose their posts in Ankara?

Erdoğan, who is known for his constant pressure on the opposition, took an unusual step after the botched hostage mission and tasked his defense and interior ministers with informing opposition parties. The two ministers paid visits to the main opposition Republican People’s Party (CHP) and the İyi (Good) Party, making presentations about the details of the incident. According to journalist Murat Yetkin, the mission’s failure might mean that some high-ranking officials in Ankara will lose their jobs.

Some speculate it will be Defense Minister Akar, who has recently been the target of unusual attacks by the pro-Erdoğan media. Akar, who served as chief of general staff from 2015 until 2018 when he retired and entered politics, still enjoys considerable influence over the TSK. In front of the cameras, current top commander Güler still addresses Akar as ‘Commander’ instead of ‘Mr. Minister.’

CHP Chairman Kemal Kılıçdaroğlu said Erdoğan’s remarks on Feb.15 were a clear admission of failure and that Erdoğan is responsible for it as he was the one who ordered it for his own political purposes.